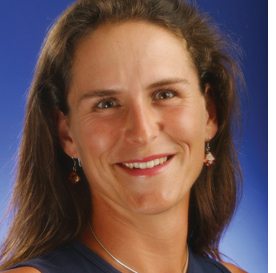 5’6”...Started playing golf at the age of 13...Credits her parents, husband Antoine Lebouc, who was a professional golfer on the European Tour, Nicole Ortis (mental preparation) and golf teacher Corinne Soules as the individuals most influencing her career...Hobbies include playing tennis, music and spending time with her family and friends...Married Antoine Lebouc on April 13, 1996...Gave birth to daughter Phildine Pearl in 2004...Qualified for the Tour on her second attempt