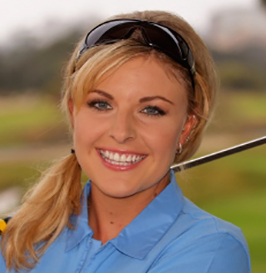 5’5”…Started playing golf at the age of 12…Credits her parents, Bill McWilliam and Peter Knight as the individuals most influencing her career…Hobbies include shopping, playing tennis, relaxing with friends and family and learning to surf…Qualified for the Tour on her first attempt…Has her own Web site, www.sarahkemp.com.au.