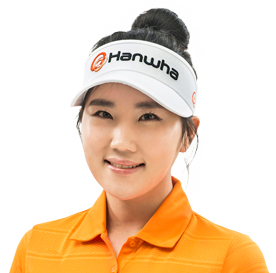 5’5”…Started playing golf at the age of 8…Credits her parents as the individuals most influencing her career…Hobbies include shopping, listening to music and watching movies…Qualified for the Tour with her first-place finish on the 2005 Futures Tour season-ending money list.