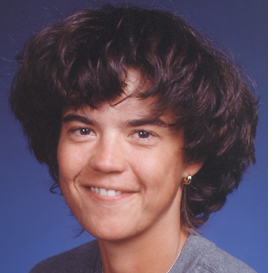 5’7”...Started playing golf at the age of 10...Credits Bernd Raschke, her first golf coach, as the individual most influencing her career...Has one brother, Stephan...Hobbies include hiking, reading and outdoor activities…Qualified for the Tour on her second attempt.