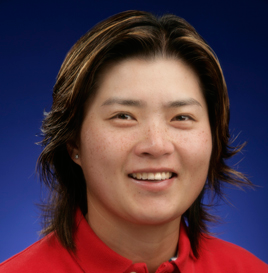 5’6”...Started playing golf at the age of 15...Credits her grandfather as the individual most influencing her career...Has one sibling, Hui Ping...Enjoys music, working out and movies...Qualified for the Tour on her first attempt.