The Goldie Bateson Service Award was established in 1992 in recognition of the unlimited and outstanding service, time and dedication demonstrated by Goldie Bateson to the LPGA Midwest Section, the LPGA and the game of golf.

This annual award honors a Midwest Section member for her service in the spirit of Goldie Bateson. 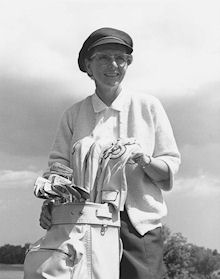 Goldie M. Bateson was a member of the LPGA Professionals (formerly Teaching and Club Professionals) since its inception in 1959 and a pioneer in the golf teaching industry.

Born Sept. 9, 1915, in Milwaukee, Wis., Bateson had a successful amateur career. She began playing golf in 1928 at the age of 13 and in the same year won the Wisconsin State Junior Golf Championship. Bateson was a five-time Milwaukee Women's District Golf champion and two-time Wisconsin State Women's Golf champion. From 1934-40, she participated in the Women's Western, Trans-Mississippi and U.S. Women's Amateur Golf Championships.

Bateson had been an active member of the LPGA since she turned pro in 1954. She became the first female head golf professional in Wisconsin when she went to work at the W.A. Roberts Golf Course in 1956. In the early 1960s, she participated in the first National Teaching Schools, both as a student and an instructor. Bateson aided junior youth programs, local recreation departments and the YMCA, as well as coaching golf in high school. In addition, she sponsored golf seminars in Milwaukee and trained and taught nine assistant golf professionals. 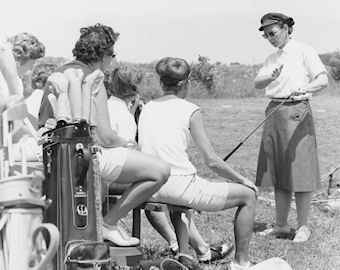 In 1965, Bateson was recognized as the LPGA National Teacher of the Year. In 1978, she achieved Master Professional classification, the most distinguished and highest classification for an LPGA Professionals member.

In 1976, LPGA Commissioner, Ray Volpe, decided the Teaching Division, which consisted of a few cardboard boxes and an electric typewriter that were passed from one National Chairperson to another, needed help. Volpe invited one member from each section to come to New York, where he presented his idea of allowing the Teaching Division to organize and govern itself. The members who were present became the first LPGA Section Presidents and were designated as the “Teaching Committee.” They were:

Among the items on the agenda at this meeting were:

In 1981, Bateson was inducted into the Wisconsin State Golf Hall of Fame. In 1983, Bateson was named Honorary Golf Consultant to the National Golf Foundation. In 1984, she received the National Golf Foundation's Outstanding Service Award. Bateson was the 1993 recipient of the LPGA's Ellen Griffin Rolex Award. During the LPGA's 50th Anniversary celebration in 2000, Bateson was recognized as one of the LPGA's top 50 players and teachers. In 2002, she was inducted into the LPGA Professionals Hall of Fame. She passed away Feb. 1, 2003 in Brookfield, Wis., after a short illness. She was 87 years old.

The previous recipients of the LPGA Midwest Section’s Goldie Bateson Service Award are: