The Marilynn Smith Service Award was established in 2012 by the LPGA Professionals Central Section in recognition of the unlimited and outstanding service, time and dedication demonstrated by Marilynn to the LPGA Central Section, the LPGA and the game of golf.

This annual award honors a Central Section member for her service in the spirit of Marilynn Smith. 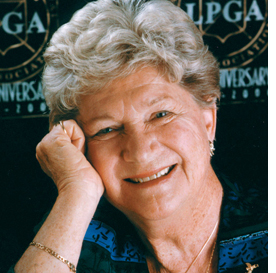 One of 13 LPGA Founders, Smith earned the nickname "Miss Personality" on the LPGA Tour.  She served as president of the LPGA from 1958 through 1960.  During her term, she was instrumental in founding the teaching division in 1959 (now known as the LPGA Professionals) along with Shirley Spork, Betty Hicks and Barbara Rotvig.