Before Lexi Thompson arrived at the final event of the year, she was already in the market for a new car. But if she needed another excuse to pull the trigger on her new purchase, she certainly got one when she took home the $1 million dollar bonus that came with winning the season-long Race to the CME Globe. Thompson hinted during the final event of the year that she had her eye on a Corvette Z06, but surprised her fans when Tuesday she posted on Instagram what she actually purchased. The major champion shared a photo alongside her brand new Jet Black, Nissan GT-R. 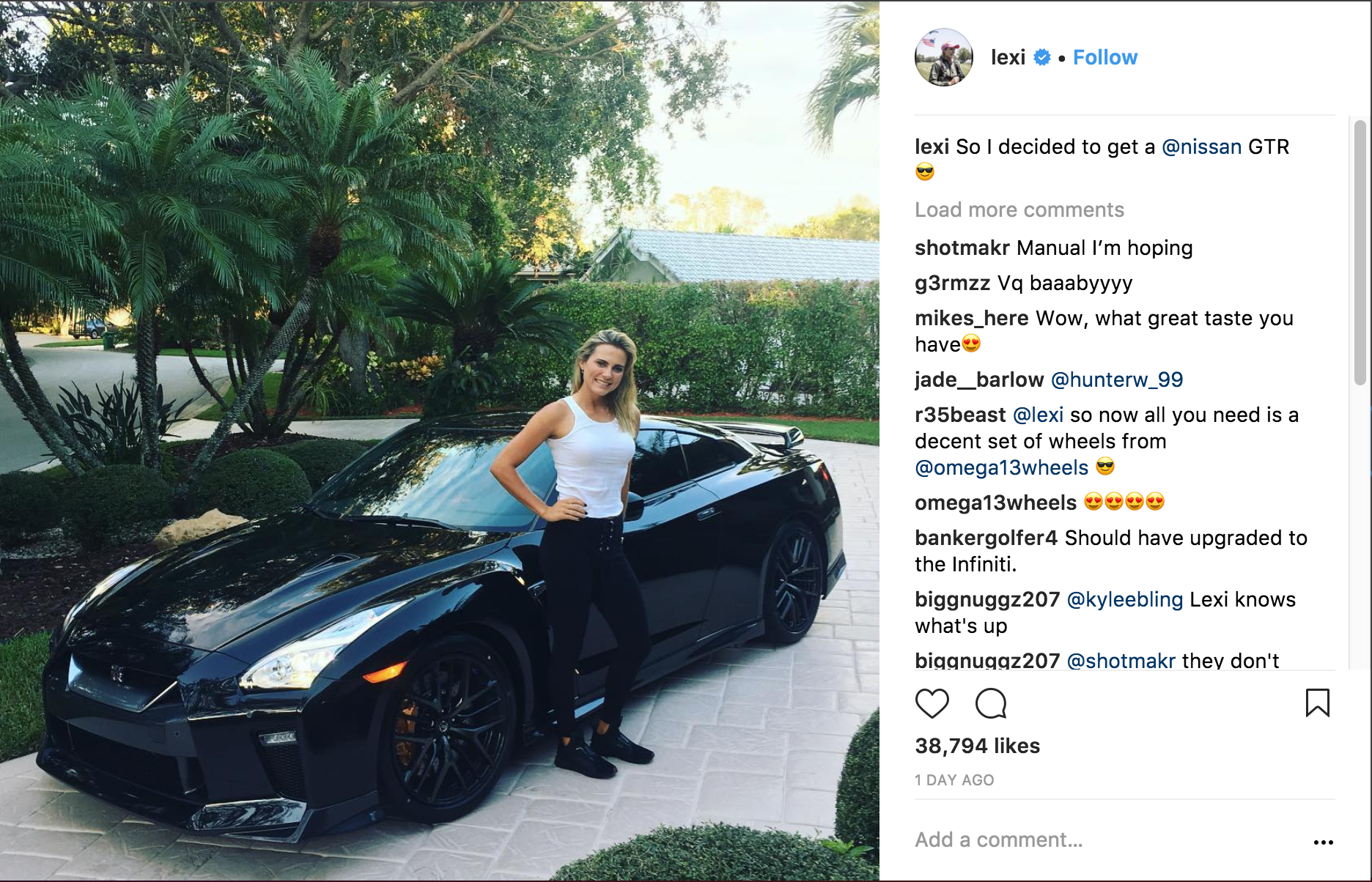 Thompson is competing in this week’s QBE Shootout at the Tiburón Golf Club, the same site as the season ending CME Group Tour Championship. She is paired with the PGA Tour’s Tony Finau in the team competition. Follow coverage on LPGA.com December 8 – 10.