No rest for the weary on the LPGA. After a week off, the Tour starts an important stretch with the Aberdeen Standard Investments Ladies Scottish Open at Gullane Golf Club. It’s a star-studded field as the Ladies Scottish Open comes one week before the fourth major of the year, the Ricoh Women’s British Open. Mi Hyang Lee is back in the field to defend although her six-stroke Sunday comeback win came at Dundonald Links in Irvine, Scotland last year. Karrie Webb made a late double-bogey last year to open the door for Lee to claim her second LPGA title. Webb is also in the field this week. The field is strong as three of the top five in the world are scheduled to compete – No. 2 Ariya Jutanugarn, No. 3 Sung Hyun Park and No. 4 So Yeon Ryu. Other big names in the field include Michelle Wie, Minjee Lee, Lydia Ko and Cristie Kerr. The three major champions this year - Pernilla Lindberg (ANA Inspiration), Ariya Jutanugarn (U.S. Women's Open) and Sung Hyun Park (KPMG Women's PGA Championship) - are all in the field. 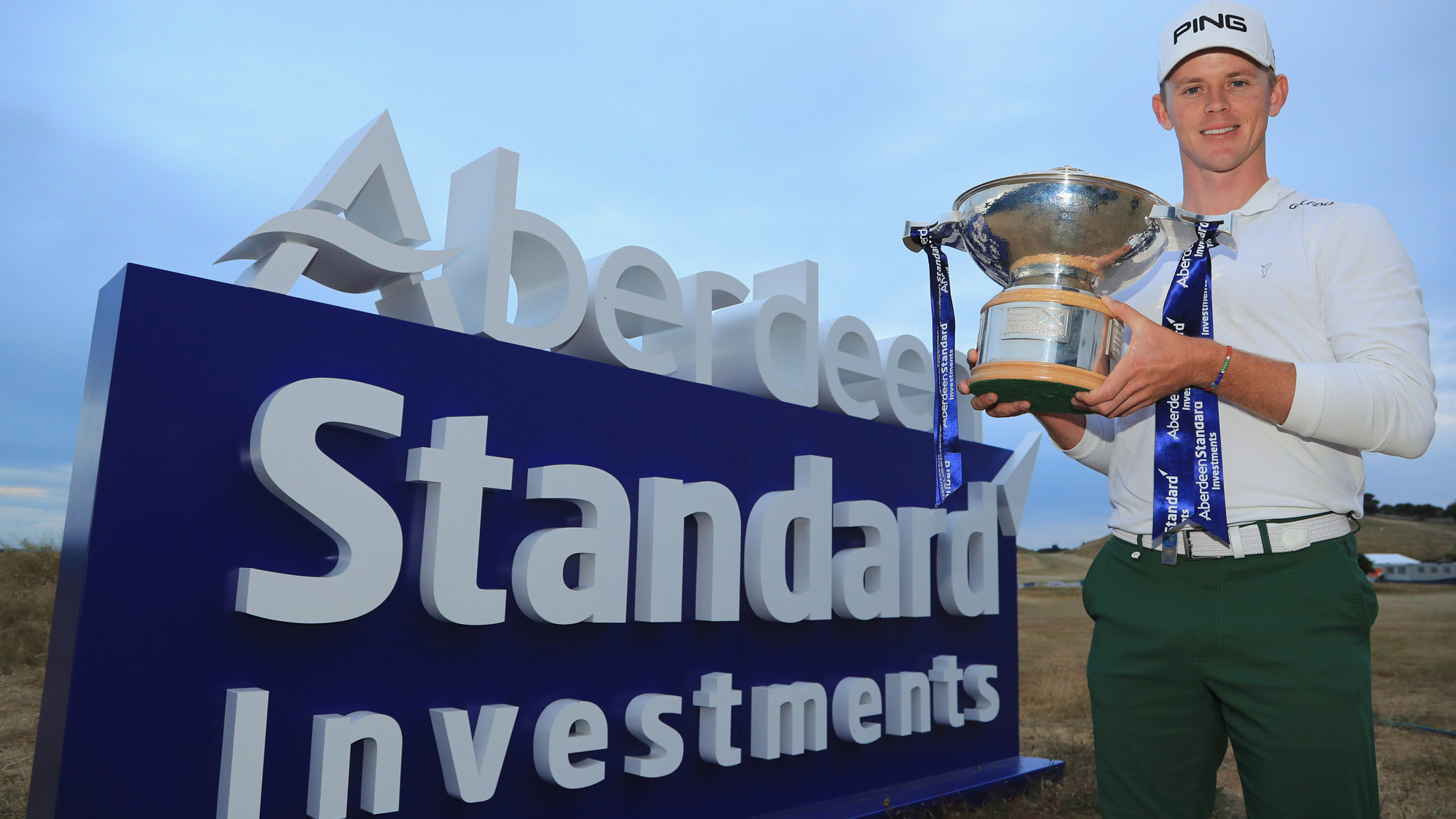 Some of the top PGA TOUR and European Tour golfers in the world tee’d it up at Gullane just two weeks ago for the Aberdeen Standard Investments Scottish Open, which was won by South African Brandon Stone at 20-under. Trevor Immelman finished tied for third, Rickie Fowler, who won the Scottish at Gullane in 2015, finished in a tie for sixth and Justin Rose finished in a tie for ninth. Other big names that competed include Masters winner Patrick Reed, Englishman Ian Poulter, Japan’s Hideki Matsuyama and Phil Mickelson.

We certainly learned that low numbers are possible. Stone narrowly missed a 59 in the final round. He carded a 10-under, 60 to win by four. 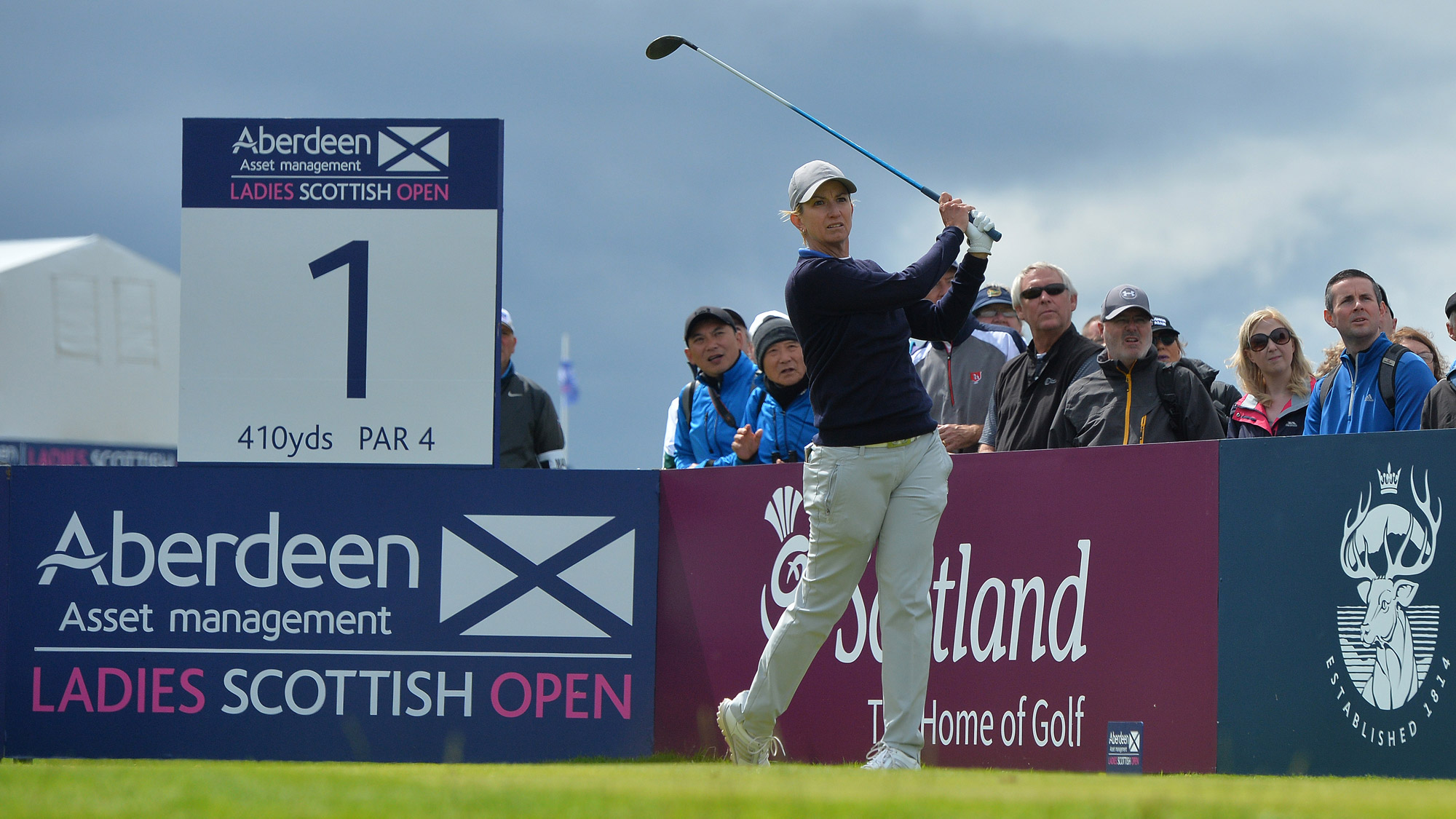 Paula Creamer and Karrie Webb Get Invites into Scottish

Karrie Webb and Paula Creamer have a combined 51 career wins on the LPGA. They were among the four invites into the field this week. Webb is playing a trimmed down schedule this year. She has made just six starts and has played the weekend in four of them. Her best finish is a T19 at the Kingsmill Championship. Meanwhile, Creamer has had an uneven year in 13 starts. She has made six cuts while working through a swing overhaul. 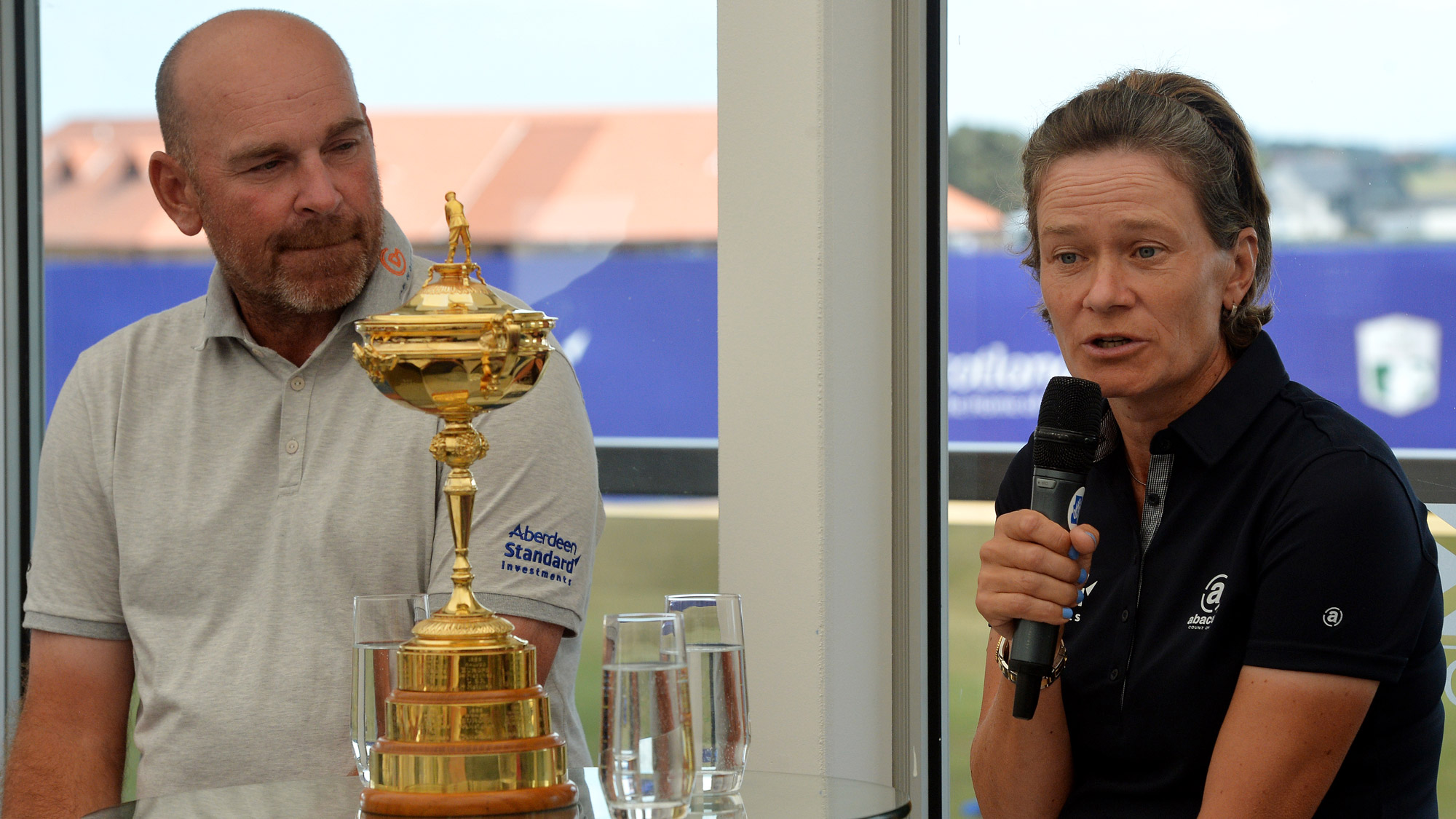 The 2019 Solheim Cup Team Europe captain Catriona Matthew is one of six Scottish players in the field this week. She is joined by fellow Scots Michele Thomson, Carly Booth, Gemma Dryburgh, Kylie Henry and Kelsey Macdonald. Matthew has played a pretty consistent schedule this year and has one top 10 finish at the Kingsmill Championship. The four-time LPGA winner will look for a storybook win. It would be her first since 2011 at the Lorena Ochoa Invitational. The all-time great has represented Europe in nine Solheim’s. Dryburgh is the only other in the group that plays full-time on the LPGA. She has made the cut twice this year. 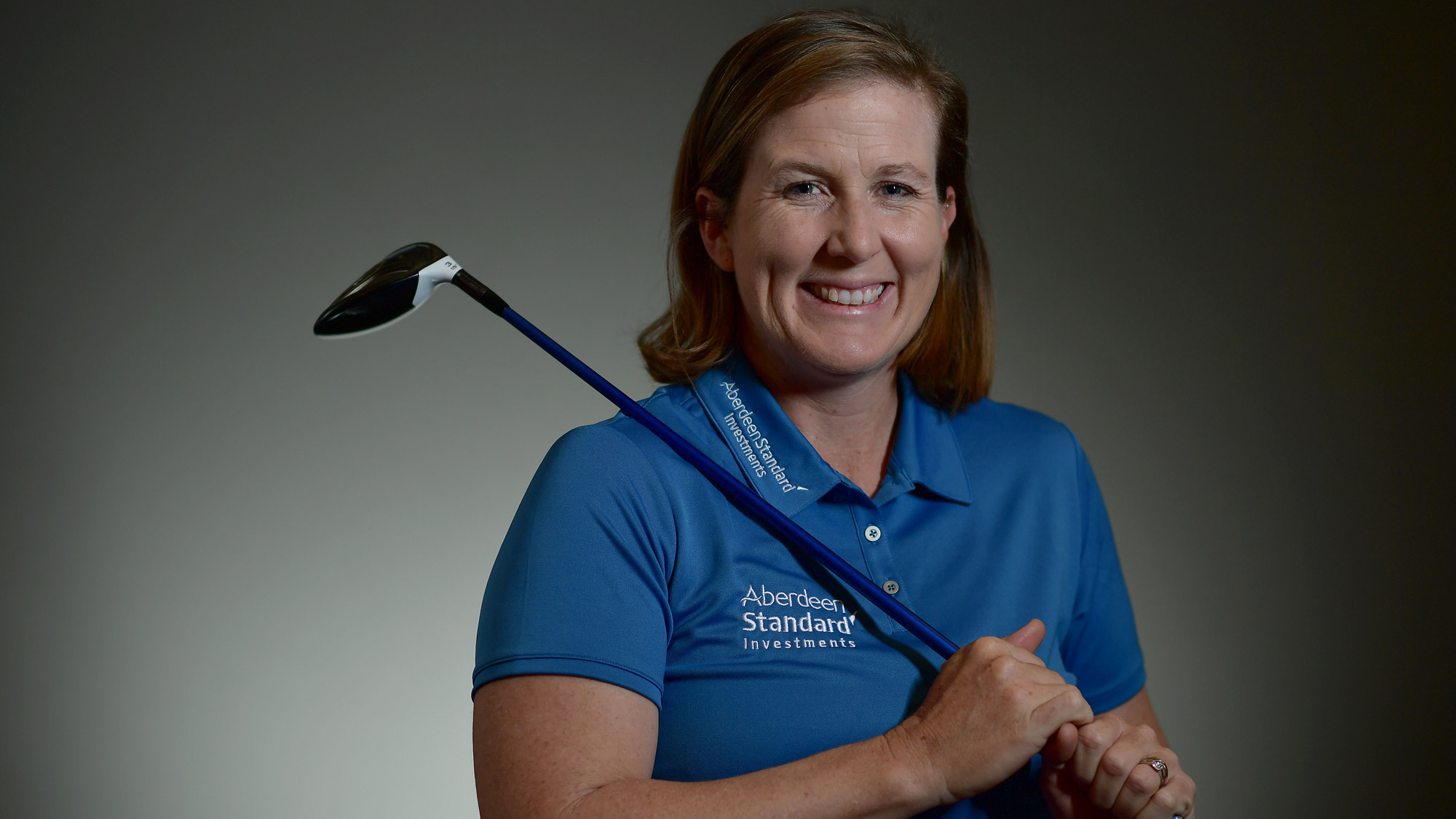 Edinburgh Based LET Star Allen Someone to Watch

California-born Beth Allen, who lives in Edinburgh, knows Gullane well and is excited to give it a go this week.

“I’ve spent a lot of time down at Gullane and Alasdair Good, the pro there, has been very welcoming to me in that respect, which I really appreciate,” she told the Edinburgh Evening News. “It’s a great part of Scotland and I think everyone is going to enjoy the village as well as the golf course. I think it is going to be awesome. “We all appreciate the event now being played on the same course as the men’s Scottish Open. We feel equal, almost. It’s really cool to have the same infrastructure in place for both events and I also enjoy getting the opportunity to watch the men go about playing the same course we are tackling. You can do a bit of homework."

Allen led the Ladies European Tour in the Order of Merit in 2016. This year on the LPGA, she has struggled. She has played in 12 tournaments and made her first cut a few weeks ago at the Marathon Classic. Maybe a bit of a home field advantage will help get her going. 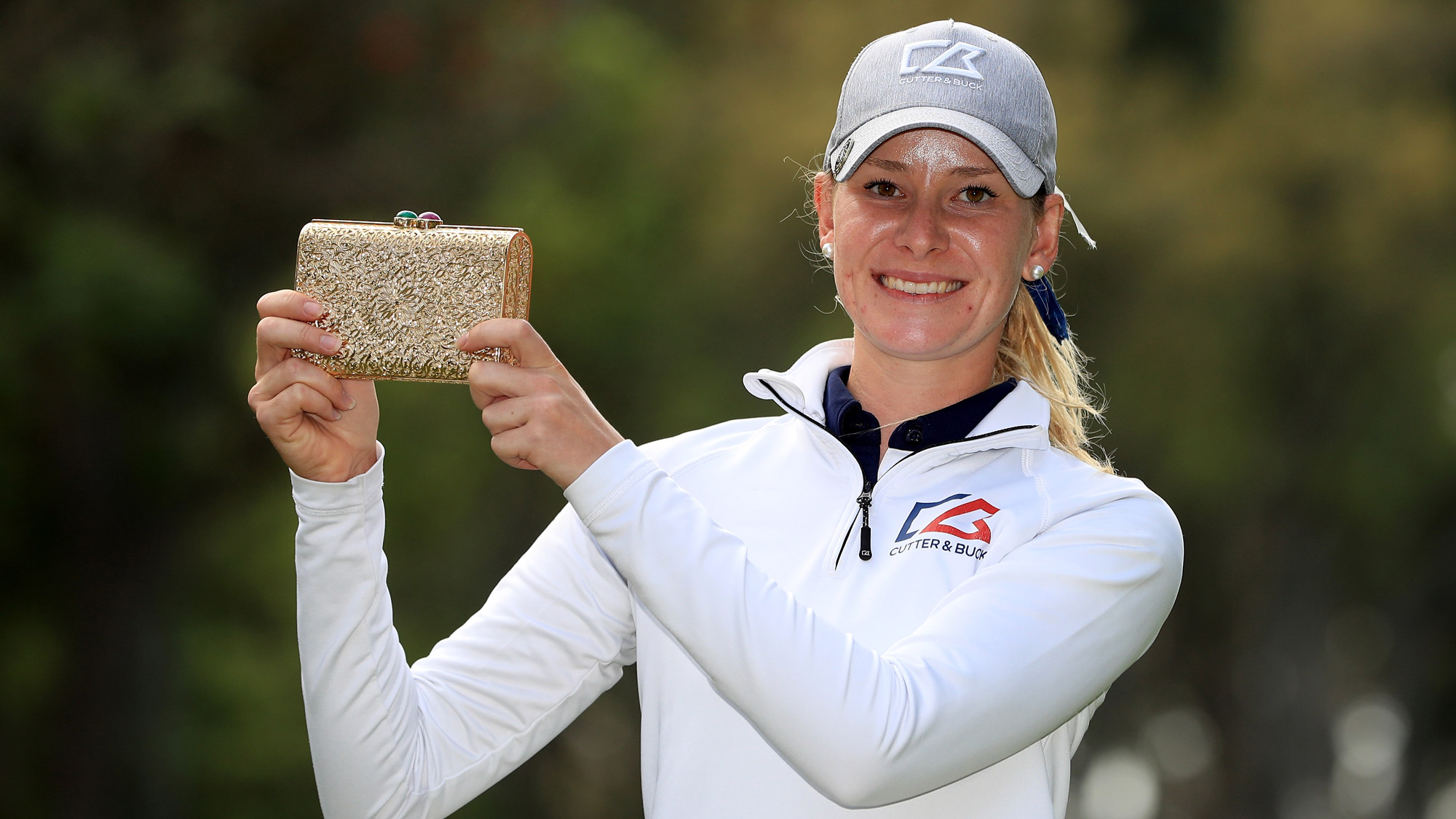 The event is co-sanctioned with the Ladies European Tour therefore many of the top players on the LET are also competing including No. 1 on the Order of Merit Jenny Haglund (pictured above). Haglund, who also competes on the Epson Tour and is third on the Volvik Race for the Card money list, won the Lalla Meryem Cup early this season. Sarah Kemp, who ranks second on the LET, and Klara Spilkova, who is third, are also in the field. In fact, the top nine on the current LET Order of Merit will tee off on Thursday.
Comments
Tournaments
Honda LPGA Thailand Chonburi, Thailand
HSBC Women's World Championship Singapore
Blue Bay LPGA People's Republic of China
LPGA Drive On Championship Gold Canyon, AZ
DIO Implant LA Open Palos Verdes Estates, CA
Top Stories