Nothing Standing In Harm’s Way

SAIC-GM Buick Brand, WME | IMG China and the LPGA announced at a special press conference today that the prestigious LPGA Tour will be in Shanghai October 18-21, 2018 for an all new women’s golf event, the Buick LPGA Shanghai, at Qizhong Garden Golf Club.

SAIC-GM Buick has committed to sponsor the tournament for a five-year period. The first edition will boast a purse of US$2.1 million, and the field will consist of 62 of the world’s top ranked players on the LPGA Money List, 15 from China Lady’s Professional Rankings and 4 sponsor invites.

The tournament will be a 72-hole stroke play event over four days with no cut and will be sanctioned by the China Golf Association, the LPGA and the CLPGA.

China’s first lady of golf, Shanshan Feng, the first Chinese player, male or female, to win a Major and be ranked No.1 in the world, attended the announcement today and she made the 1st putt alongside the VIP attendees to launch this Shanghai event. 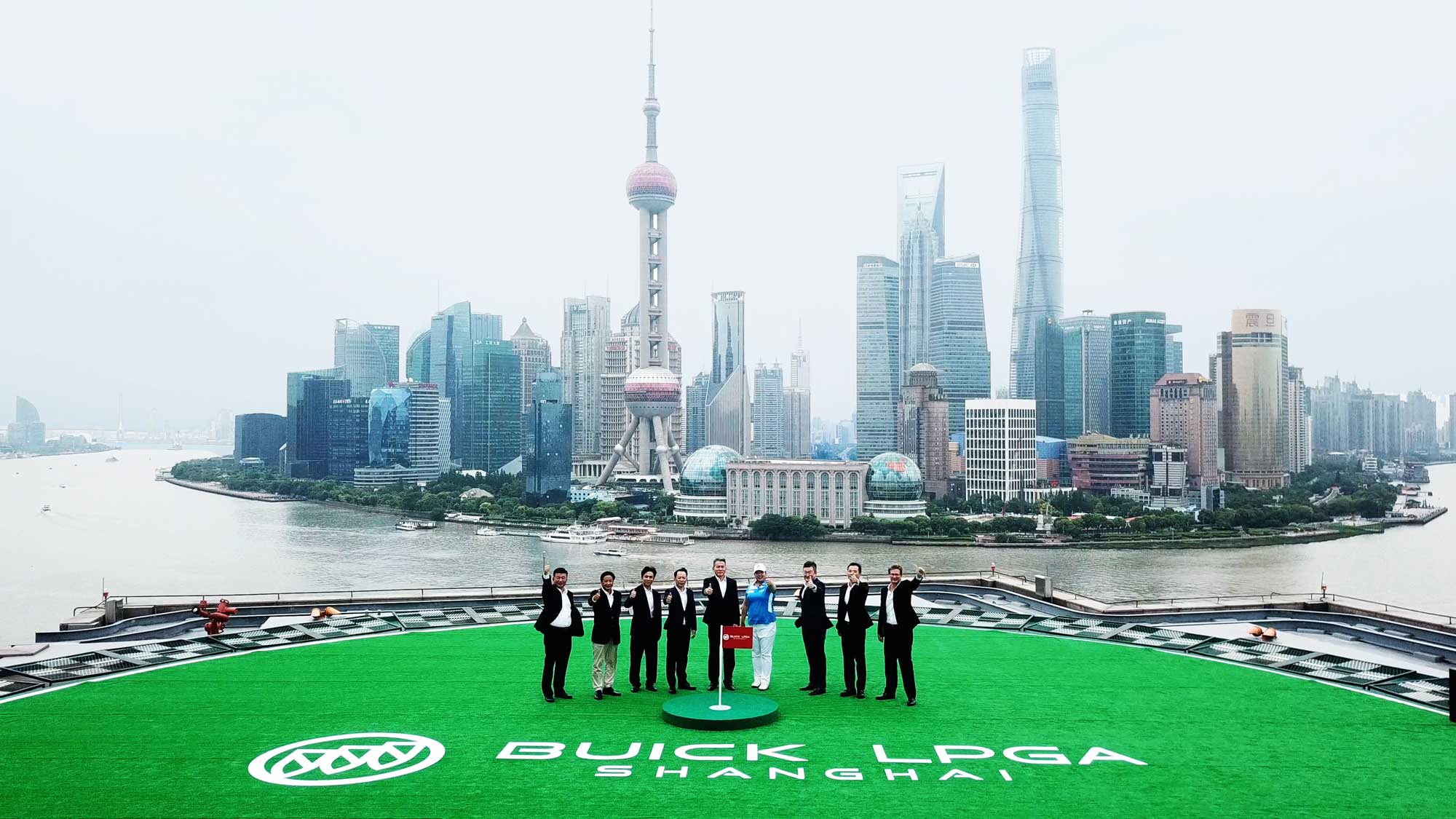 The charismatic Feng commented: “I am very honored to be here to make this announcement of the exciting new Buick LPGA Shanghai. I am so proud to represent China as I play all around the world, but it is particularly special to be able to welcome all my friends on the LPGA to my homeland for such an exciting new tournament. I can’t wait for October.”

Mr. Ye Bao, General Director of Marketing Department of SAIC-GM Buick, founding partner of this event, said: "Buick Golf is a long-term, high-end sports platform constructed by Buick. Buick LPGA Shanghai begins its first five years, marking a new peak of Chinese Women's Golf Championship, which is wholly supported by Buick. We hope that through this event, we can help Chinese players accumulate more experience, keep forging ahead, and realize their golf dream. “Relying on Buick LPGA Shanghai, the cooperation between Buick and Chinese Women's Golf Championship has advanced to a deeper level.

Zheng Pang from China Golf Associated said: “CGA is more than happy to have a new LPGA event in China. Buick LPGA Shanghai will provide the best competing platform for local Chinese players to prepare for the 2020 Tokyo Olympics.”

Grant Slack, SVP & Managing Director, Golf Events, IMG, said: “We are delighted to be working with Buick and the LPGA on this prestigious new tournament. Women’s golf in China is in a very healthy state, largely thanks to Shanshan’s phenomenal achievements in the past few years. She has blazed a trail around the world for all of China’s up and coming players and is a wonderful ambassador for the women’s game globally. This event will be the perfect platform for both Buick, Shanshan, her fellow Chinese players and all of the LPGA’s star golfers to showcase their phenomenal talents.”

“We are proud and excited to team up with Buick and IMG to bring our Tour to China’s largest city, Shanghai,” said LPGA Commissioner Mike Whan. “It will be a delight to show off the talented field of female golfers from the LPGA, the China Golf Association and the CLPGA to the great fans of China who have always showed us tremendous support.”

The tournament will be played on the undulating championship course at the Qizhong Garden Golf Club where the players will have to negotiate the many bunkers and a feature lake.