Sung Hyun Park: Up One Spot to Number One

Calling her shot like Babe Ruth, three weeks ago Park’s team put out a press release saying that Park “will soon reclaim the world number 1 spot.” She backed that up, with the spot claimed following her win in Singapore. Park credited her victory to a former world number one golfer in Tiger Woods, who she met at a TaylorMade commercial shoot roughly three weeks ago as well.

Park last held the Rolex Women’s World Golf Rankings top spot in October 2018, when Ariya Jutanugarn finished in second place at the Buick LPGA Shanghai.  Jutanugarn relinquishes the number one spot after an 18-week reign. Park previously held the world number one spot for ten weeks, from August to October of last year, which began when she won the Indy Women in Tech Championship.

Park’s first appearance at the top of the world rankings in November of 2017, built off the momentum of victories at the U.S. Women’s Open and the Canadian Pacific Open. She held the ranking for only one week her first time holding the title.

She’s the fourth Korean player to reach number one in the history of the rankings, along Jiyai Shin, Inbee Park, and So Yeon Ryu. 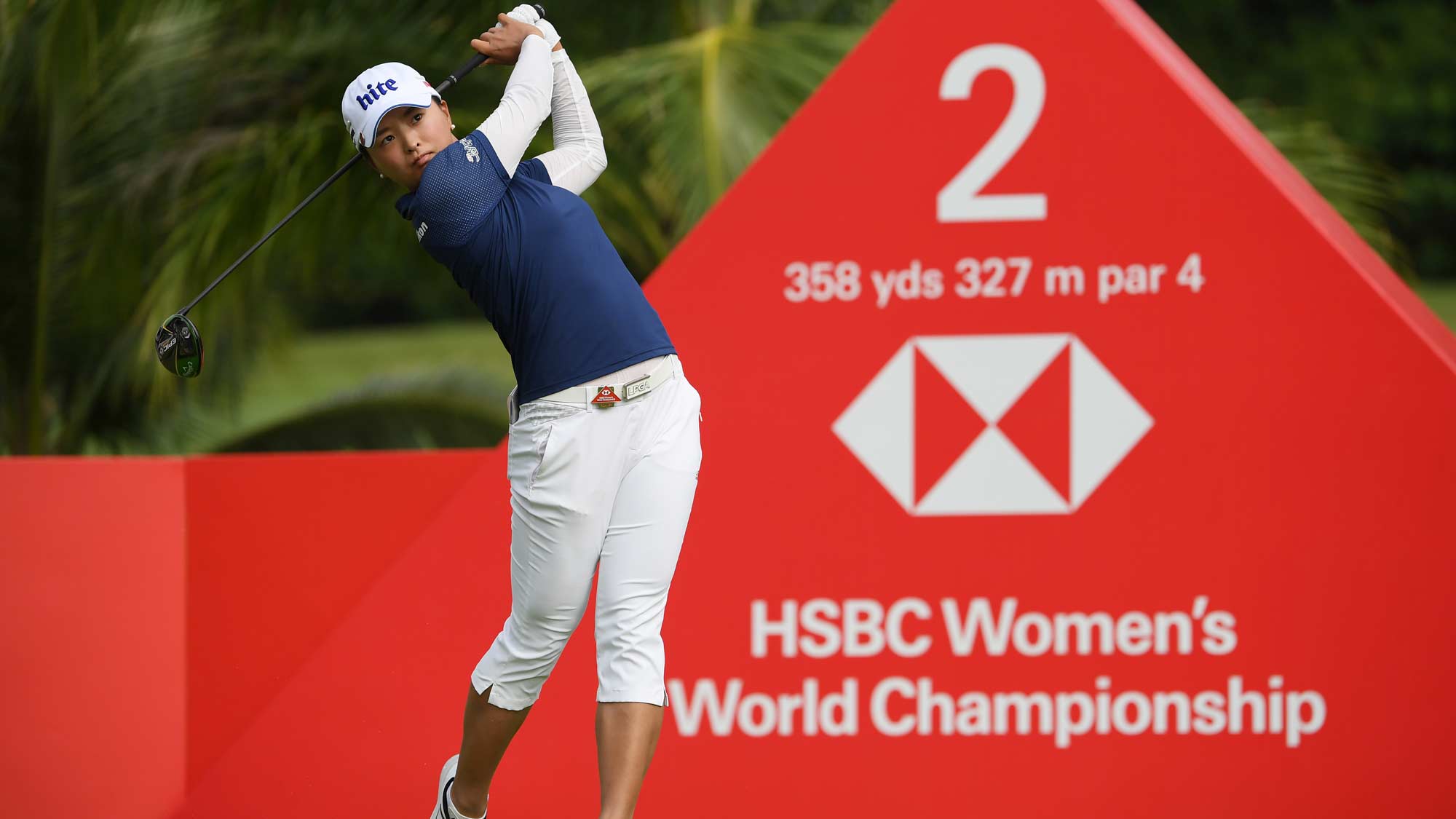 Ko returns to the top 10 following another top three result. She first got to a career best eighth in the world rankings after a second-place finish at the ISPS Handa Women’s Australian Open two weeks ago. She returns after a third-place finish in the Garden City. The super sophomore has steadily improved her ranking. She sat in 10th place coming into the 2019 season. 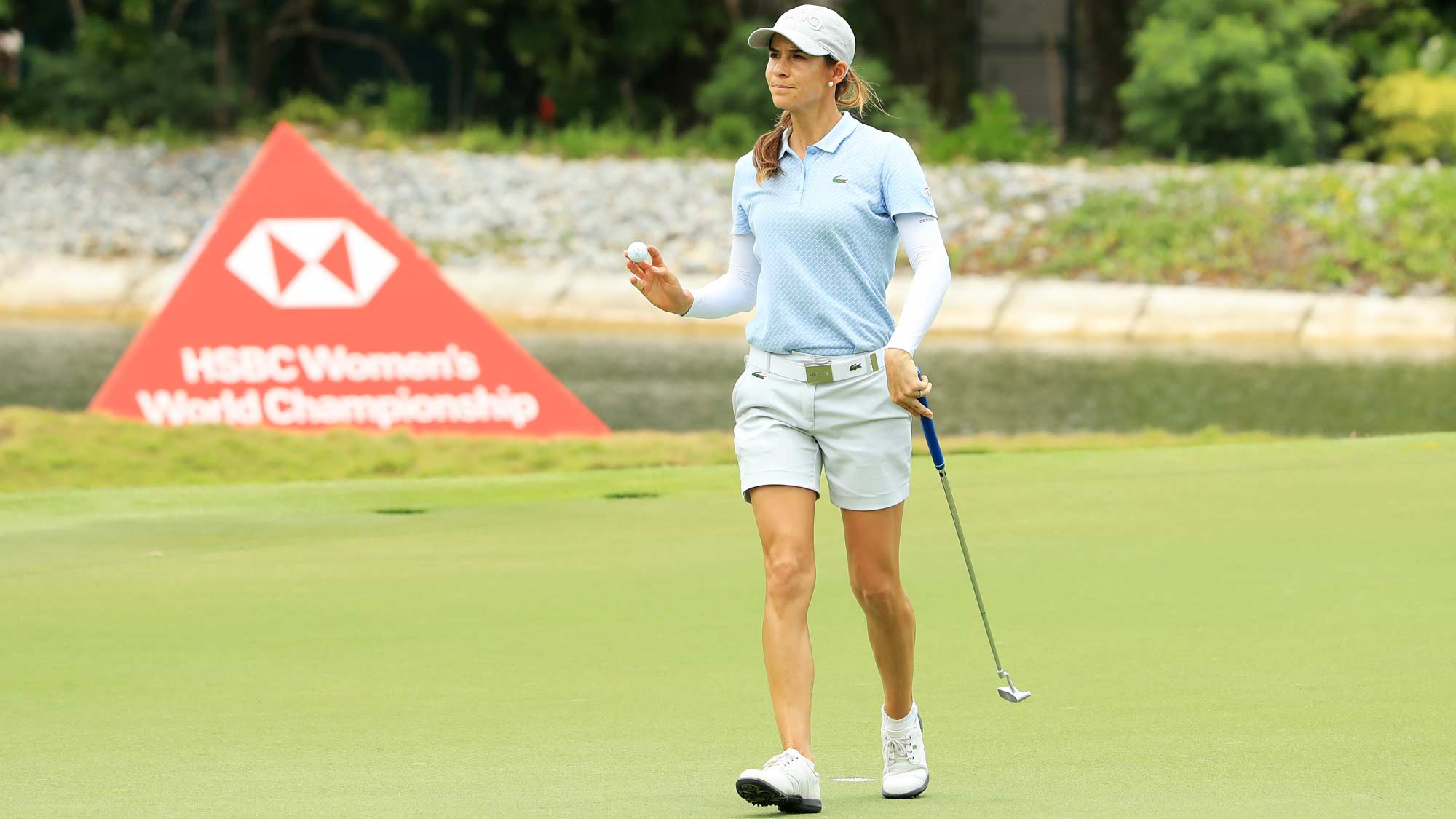 Munoz climbs to her best world ranking since June of 2016.  She’s found three top-six finishes in the opening four events of the year, with her best finish of T3 coming last week in Singapore. Munoz’s career best rank is 12th, which she hit in September of 2014. Munoz’s recent performances are creating an opportunity for her to secure a spot on Team Europe’s Solheim Cup team. 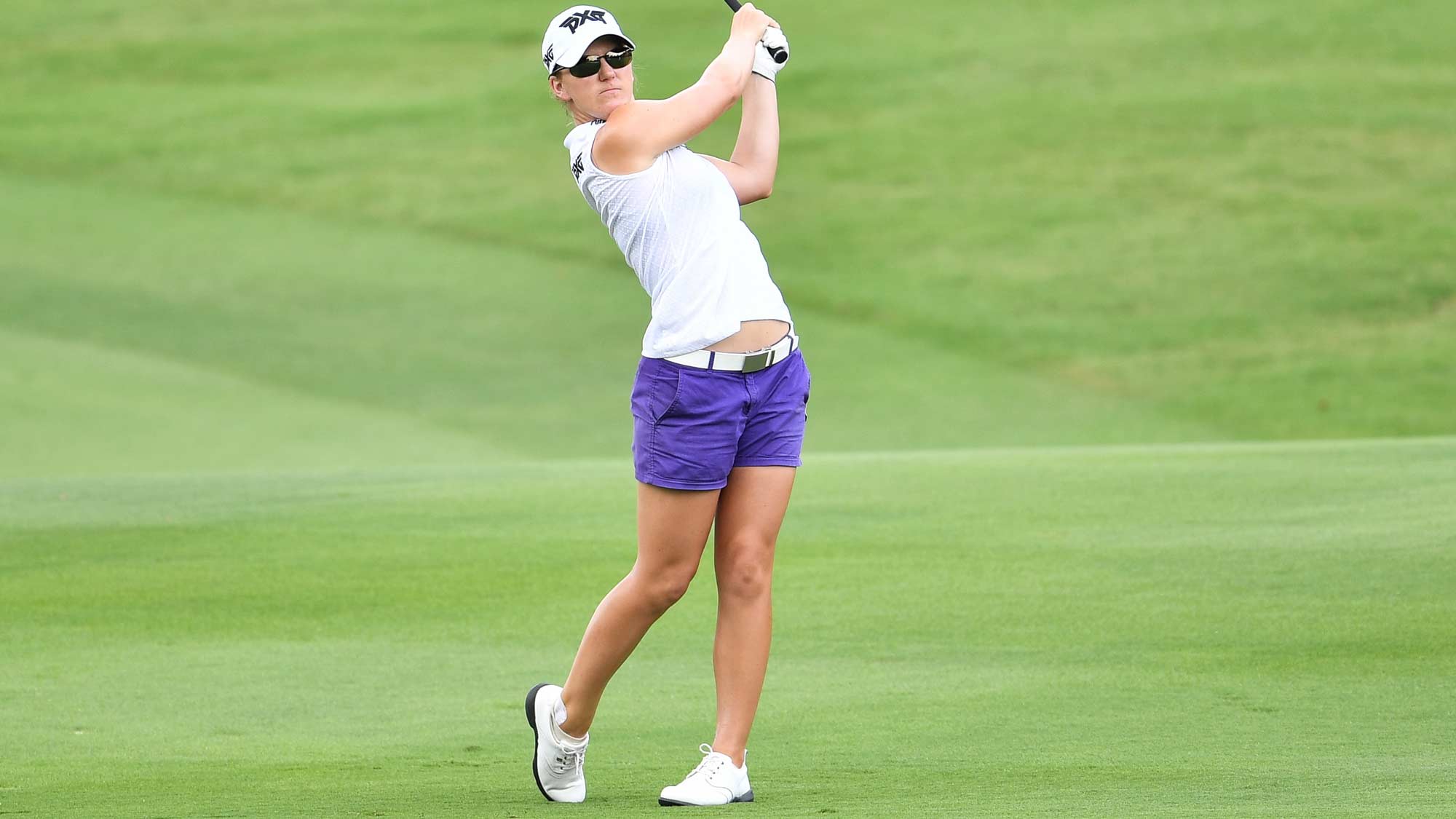 The aforementioned Munoz is looking to return to the team for the fourth time in the last five Solheim Cups, moving up to the third highest world ranking on Team Europe. She passed Caroline Masson and Pernilla Lindberg, who are holding the final two world ranking positions.

Jodi Ewart Shadoff is closing in on Lindberg, moving up six spots to 50th as Lindberg sits in 45th. Also in the chase group is Bronte Law at 57th and Anne Van Dam at 64th, who both moved up this week. The Dutchwoman jumped 17 spots after her win on the ALPG at the ActewAGL Canberra Classic. 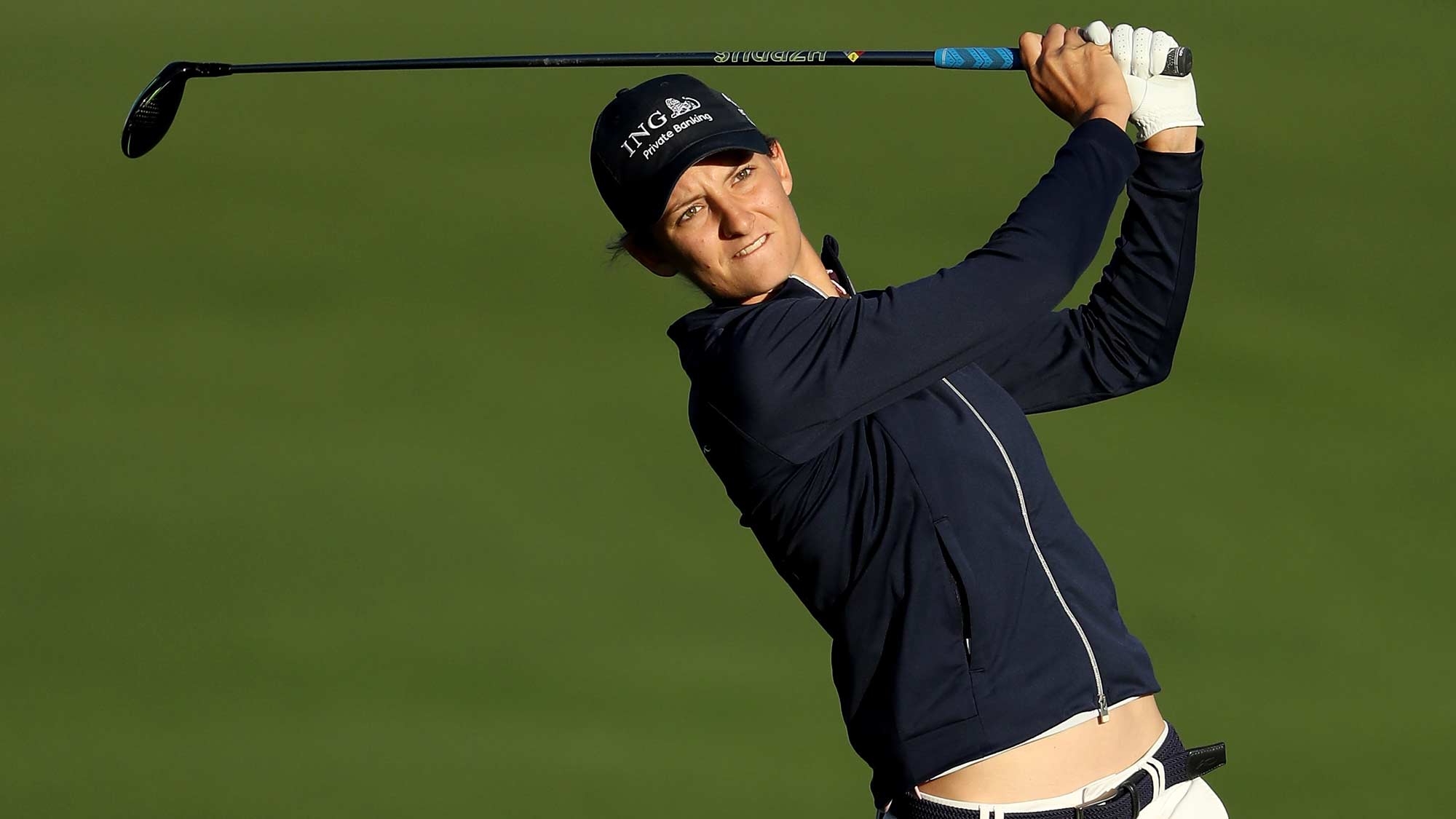 Nelly Korda continues to stretch her lead atop the leaderboard with another top-10 finish this week, sitting 64 points ahead of Lexi Thompson with 347. The battle for the seventh and eighth Solheim Cup Points spots rages on, with Megan Khang, Cristie Kerr, and Austin Ernst all within a point of each other. Khang sits in seventh, with Kerr and Ernst tied at 187 points, sharing eighth.

The two world ranking spots on the team are up for grabs with Michelle Wie’s WD. Angela Stanford and Cristie Kerr hold the two spots, with Wie sitting roughly .1 points behind Kerr. Angel Yin and Amy Olson are the other two closest chasers, with Yin .3 points behind and Olson .45 points behind. 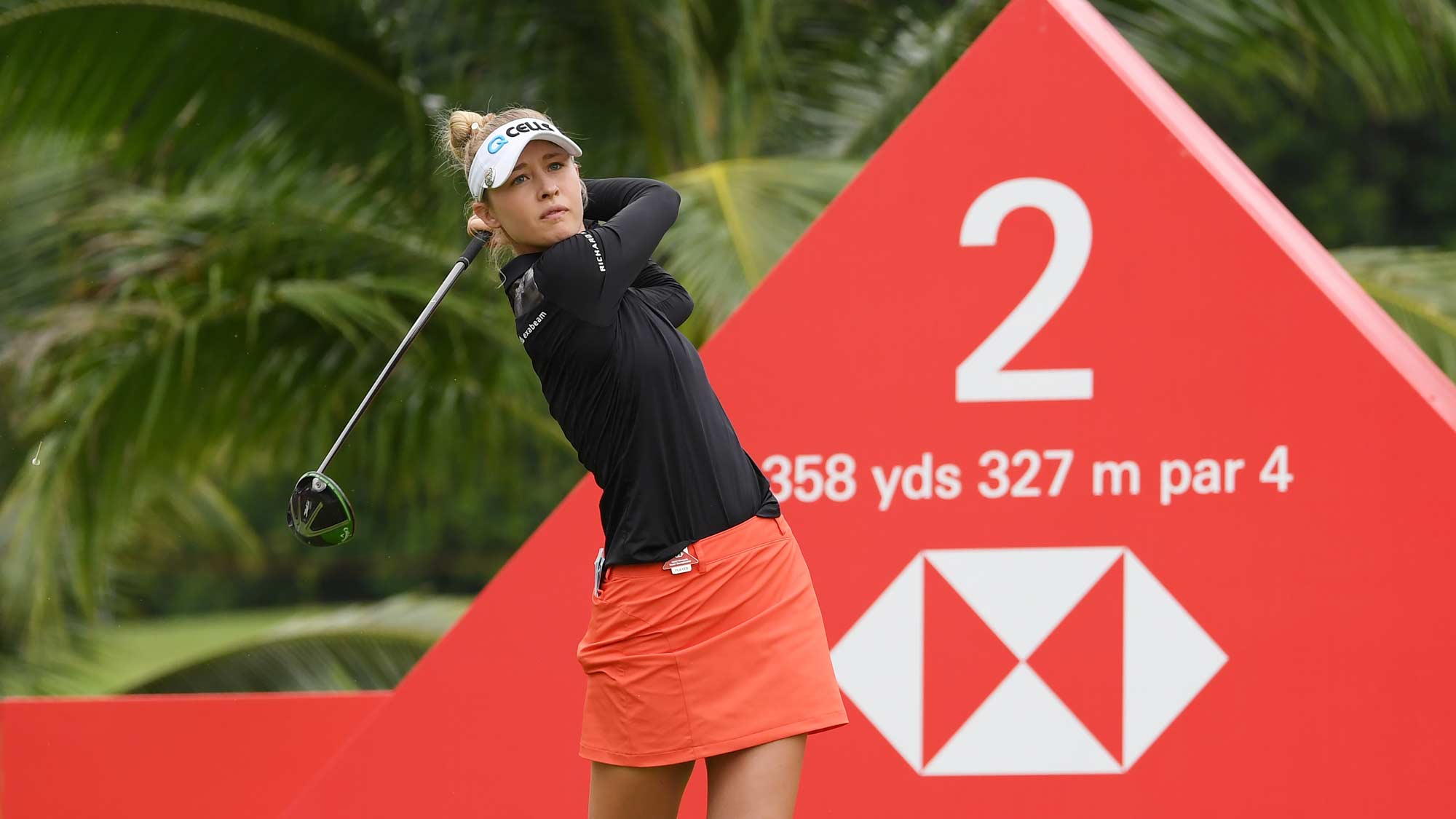 It’s a near sweep for Nelly Korda as the tour leaves the Eastern Hemisphere. Eun-Hee Ji is the only player beating her in any category, holding a .3 stroke average lead over the American. Ji cut into the deficit with a seventh-place finish to Korda’s tenth place finish in Singapore, now trailing by four points in the Rolex Player of the Year Rankings. Korda holds a 155-point edge in the Race to CME Globe, with Minjee Lee trailing the leader by 172 points.

Jeongeun Lee6 holds the lead in the Louise Suggs Rolex Rookie of the Year race, sitting with 98 points to Charlotte Thomas’s 85 points.

Both rookies, along with Korda, Ji, and Lee, are in the field at the Bank of Hope Founders Cup, which begins March 21st.