Teacher of the Year, Sue Powers

The LPGA established the LPGA National Teacher of the Year Award in 1958.  The award is given annually to the woman golf professional who has most exemplified her profession during the year. 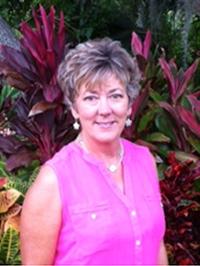 Sue Powers is a full-time teaching professional at Pelican Pointe Country Club in Venice, Fla., as well as a partner and Chief Financial Officer of Ladies Links Fore Golf, LLC, (www.ll4g.com) the official online golf community of the LPGA. She conducts lessons, golf schools, clinics, and seminars and travels throughout the U.S. with Ladies Links Fore Golf as one of their expert teaching instructors, sharing her golf and teaching knowledge through education, improvement and promotion of the enjoyment of the game to individuals and groups.

"I am proud to be a member of the LPGA and am greatly honored to be selected as the recipient for this prestigious award,” said Powers. “I would like to thank the LPGA members and selection committee for recognizing my contributions to the game of golf through my teaching efforts. I was so excited, it felt as if I had made back-to-back holes-in-one!”

Powers joined the LPGA in 2003 and took the “fast track” to LPGA Certification, obtaining her Class A Teaching status in just three years—an education process that usually takes 5- 6 years. She served as Secretary of the LPGA Southeast section before being elected as President of the section for the 2009 - 2011 term.  She has been a Member Advisor for the LPGA, an instructor for the LPGA National Education Program in Managerial Leadership and Teaching Certification and an instructor for LPGA’s Front Row Experience.   In addition, Powers is a TPI-certified Golf Fitness Instructor and a Frankly Frog Putting Instructor.

Powers gives back to the community as Head Coach for Sarasota County’s Special Olympics golf program, mentoring special needs athletes to develop and demonstrate their skills and talents while increasing public awareness about Special Olympics.

Professional of the Year, Kammy Maxfeldt

Kammy Maxfeldt, a Class A member of the PGA and LPGA, has been sharing her expertise in the game of golf for more than 25 years.  She is currently the Head Golf Professional at Birchwood Country Club during the summer and teaches in the Port St. Lucie, Fla., area in the winter months.  At Birchwood, she oversees the management of the entire golf operation, including tournaments, merchandising and instruction programs. 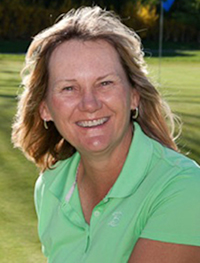 “I am humbly honored to receive the National LPGA Professional of the Year award.  It has always been my goal to grow the game and use the game of golf to keep families and friends together,” said Maxfeldt. “My mission while serving the LPGA and PGA has always been to share my experiences with fellow professionals, so they might excel in their own careers.  Thank you for selecting me.  I would like to share this honor with all those who have influenced my career as a Head Golf Professional.”

Maxfeldt is a native of Holdrege, Neb., and played college golf at the University of Oklahoma.  She has a reputation for competitive play, at various times winning the Mass Open, New England Open, Met Open twice and the LPGA Professionals Team Championship.

Coach of the Year, Shelly Liddick

For the second year in a row, LPGA Class A member, Shelly Liddick has received LPGA National Coach of the Year as well as Central Section Coach of the Year honors.  Liddick serves as the women’s golf coach at Bellevue University in Bellevue, Neb., a program she started in 2010. 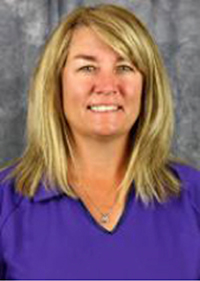 “I am tremendously honored to be recognized two consecutive years by my LPGA Peers and the LPGA Executive Committee for the LPGA National Coach of the Year Award,” said Liddick. “I am filled with deep gratitude for the opportunity to step into the coaching area every day where I have the freedom to express my passion for the game of golf and the opportunity to create a space for young women to discover and unleash their own unique greatness. Coaching golf is such a privilege, and I am thankful to the LPGA, my mentors and teachers for igniting my passion for coaching golf.”

A native of Lincoln, Neb. and Ottumwa, Iowa, Liddick played collegiately at the University of Alabama-Birmingham. She also coached at her alma mater and was the head women’s golf coach at Wichita State University from 2003-04. She was also the girls golf coach at Summit High School in Bend, Ore.

Liddick, a member of the LPGA since 1993, is a certified professional club fitter and has taught golf schools in Alabama, Arizona, New Zealand, Sweden, Germany, Hawaii and California.  She has worked closely with several PGA and LPGA touring professionals.

The LPGA Junior Golf Leadership award was established in 2012 and is awarded annually to an LPGA Professionals member who excels in the area of teaching and promoting golf for juniors.

Nicole Weller, a member of both the PGA of America and the LPGA Professionals Division, is the head teaching professional at The Landings Club in Savannah, Ga.  As author of the first ever golf sticker books for children ages 4-8 titled Stick to Sports: Let's Play Golf, Nicole has earned past recognition as the 2011 LPGA Professionals Southeast Section Teacher of the Year, 2012 and 2013 LPGA Professionals Southeast Section Junior Golf Leader, 2013 PGA of America National Junior Golf Leader, 2012 Georgia PGA Section Horton Smith Winner,  2010-2012 U.S. Kids Top 50 Teacher and has been on several top lists, including Golf Digest Best Young Teachers, Golf Digest Top 50 Women Teachers in America and GRAA Growth of the Game Teacher. 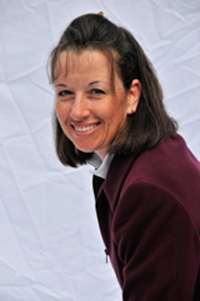 “I am overwhelmingly honored to have been selected at the LPGA Professionals 2013 Junior Golf Leader by the confidence of my peers and the LPGA,” said Weller.  “The Section winners are all extremely top notch and represent what so many of us in the LPGA aspire to do each and every day with our students in golf and life.  Thank you for the chance to follow in some amazing footsteps of previous winners, and I look forward to helping continue to grow the game as a team through the LPGA.”

Weller played on scholarship for and graduated from Wake Forest University in 1994 with a degree in Psychology. She received her Master's Degree in Sport Psychology from The University of Tennessee.  She became an assistant professional at Cherokee Country Club in Knoxville, Tenn., then accepted a full-time teaching position at Fairways & Greens Learning Center in Knoxville, where she took over and grew the LPGA*USGA Girls Golf chapter from 15 to nearly 80 girls. As Site Director for LPGA*USGA Girls Golf of Knoxville, Nicole received the 2004 Knoxville Chapter PGA Junior Leader Award.

Weller met future husband, Ty, at a PGA Level 2 testing site and was married in 2000.  They moved to Savannah, Georgia in 2005 where they currently reside and work at The Landings Club on Skidaway Island.

About the LPGA Professionals Membership

More than 1,700 strong, LPGA Professionals members are dedicated to the advancement of golf and serve throughout the golf industry as head professionals, assistant professionals, teaching professionals, directors of golf, owners of golf schools and facilities, golf administrators, college and high school coaches and more.

LPGA Professionals members support the LPGA’s various grassroots programs that were created to involve women and youth in golf as well as contribute to the overall growth of the sport. These programs include LPGA-USGA Girls Golf, LPGA Tour Junior Clinics, the LPGA Front Row Experience and LPGA Golf Clinics for Women.

The LPGA is headquartered in Daytona Beach, Fla.  For more information, log onto www.lpga.com.