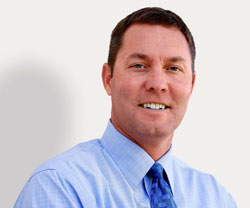 Michael Whan is the eighth commissioner of the LPGA (Ladies Professional Golf Association), one of the longest-running and most successful women's sports organizations in the world. Whan assumed the leadership role at the LPGA on Jan. 4, 2010 with an eye toward enhancing business relationships, increasing exposure for the players and maximizing the LPGA experience for fans.

Whan, 49 (DOB: Feb. 10, 1965), started his business career at the Procter & Gamble Company in 1987, rising within the ranks as a Brand Assistant, Brand Manager and eventually Director of Marketing, Oral Care, before pursuing his passion for sports. In 1994-95, he served as a Vice President and General Manager at the Wilson Sporting Goods Company responsible for all aspects of the golf ball and glove business. He also managed the marketing department, two manufacturing facilities and the Research & Development division.

Whan joined the TaylorMade Golf Company as Vice President of Marketing in 1995. Over the course of his four-year tenure, he was promoted to Vice President, Sales and Marketing and eventually EVP/General Manager-North America for Taylormade-adidas Golf. In his role as General Manager, Whan's business unit represented more than 70 percent of the company's worldwide sales and profit.

Whan served as President/Chief Marketing Officer for Britesmile, Inc., from 1999-2002, before returning to sports as the President / CEO of Mission Hockey, a hockey equipment company. During his seven-year tenure in the hockey business, he restructured and redefined the company, then acquired Itech Sports to create Mission-Itech Hockey. When Whan finalized the sale of Mission-Itech Hockey, it commanded market share leadership in nine product categories, sales in more than 30 countries and had more than 50 percent of the National Hockey League (NHL) players using the brands.

Whan developed a passion for golf at a young age, cutting greens and caddying to earn money. He attended Naperville Central High School in Naperville, Ilinois, for his freshman and sophomore years before transferring to Anderson High School in Cincinnati, Ohio. Whan graduated from Miami University of Ohio in 1987.

He and his wife, Meg, and his three children—Austin, Wesley and Connor—live in Lake Mary, Fla.