Brooks Thankful For Path, Eager to Compete and Chase Dreams

Sei Young Kim made four straight birdies and got in the red on six of her first seven holes en route to a 7-under, 65 to lead the Thornberry Creek LPGA Classic into the weekend. Kim is 16-under through 36 holes with 18 total birdies made. She leads by four shots over Yu Liu.

The 16-under two-day total is tied for the lowest on the LPGA Tour this year. Jessica Korda was also 16-under after two days at the Honda LPGA Thailand in February.

After the hot start, Kim stubbled a bit late on her front nine with a double bogey on hole 17, but held up steady after the mistake with three straight pars. She began to separate from the field with birdies on holes three and four to get to 15-under. She then made another birdie on six to get to 16-under and made three pars coming in.

Kim, a six-time LPGA winner, is searching for her first win of the season.

The 25-year-old has been deadly accurate with her approach shots, hitting 34 of 36 greens in regulation and has been solid with the putter as well. She attempted 28 putts on Thursday and 27 on Friday.

Liu, who turned in a 9-under, 63, is in second at 12-under and there are five players in a tie for third at 11-under including major champion In Gee Chun and defending champion Katherine Kirk.

The cut was made at 4-under, one of the lowest in the history of the LPGA. The record is 5-under, set last year at the Bank of Hope Founders Cup. 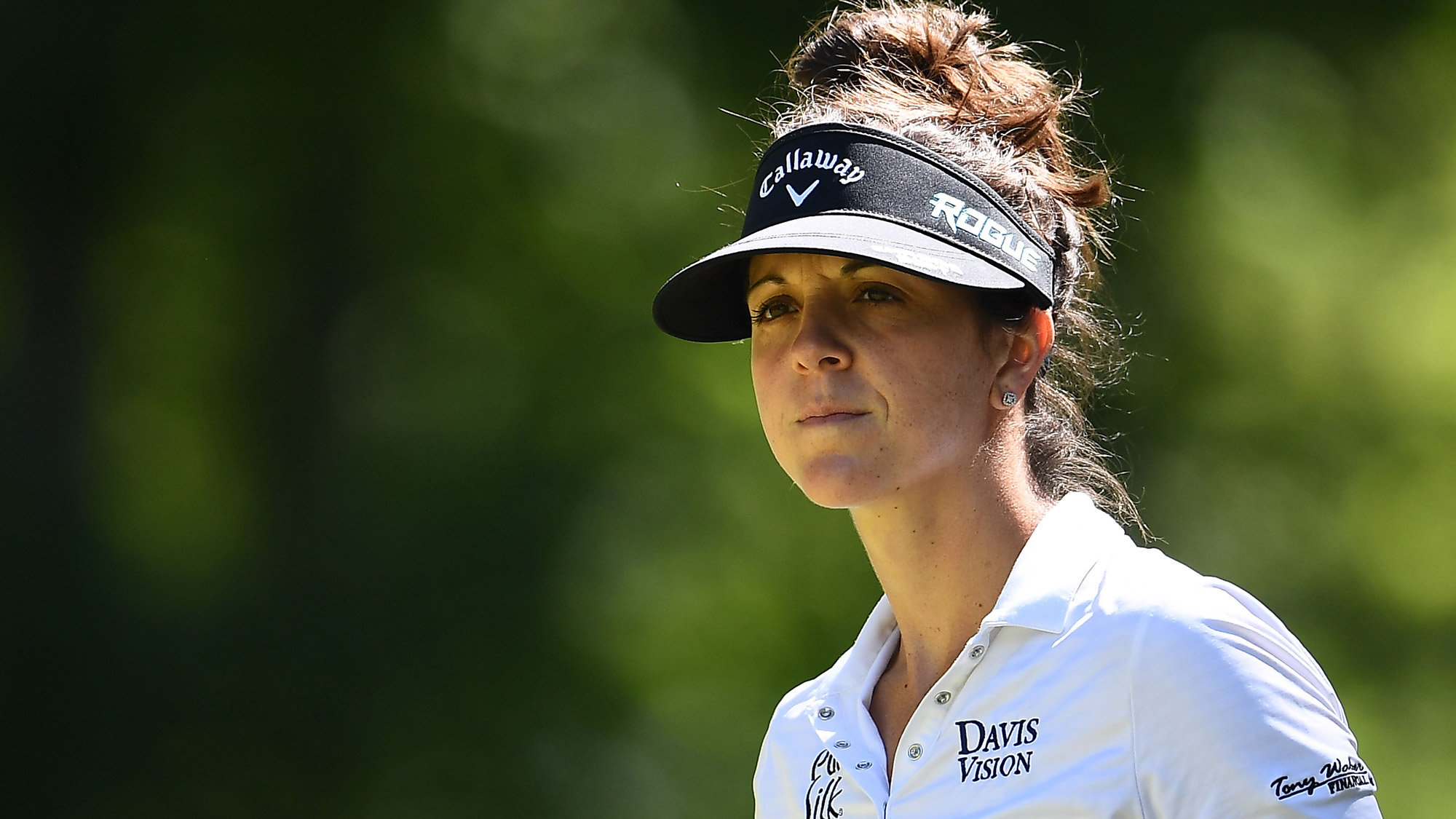 Even after a sizzling 7-under, 65, Emma Talley visited the driving range on Thursday night after making the media rounds. While she made nine birdies on Thursday, she sprayed the driver a bit and wasn't pleased how she hit it.

She figured out the problem.

"I'm playing well right now, so really just trying to play my game," explained Talley. "I feel really confident. The greens are pretty soft so you can kind of pin seek a little bit, and that's what I like. That's how I grew up, so I'm enjoying just going straight at the flag."

Talley hit 17 of 18 greens in regulation on Friday. 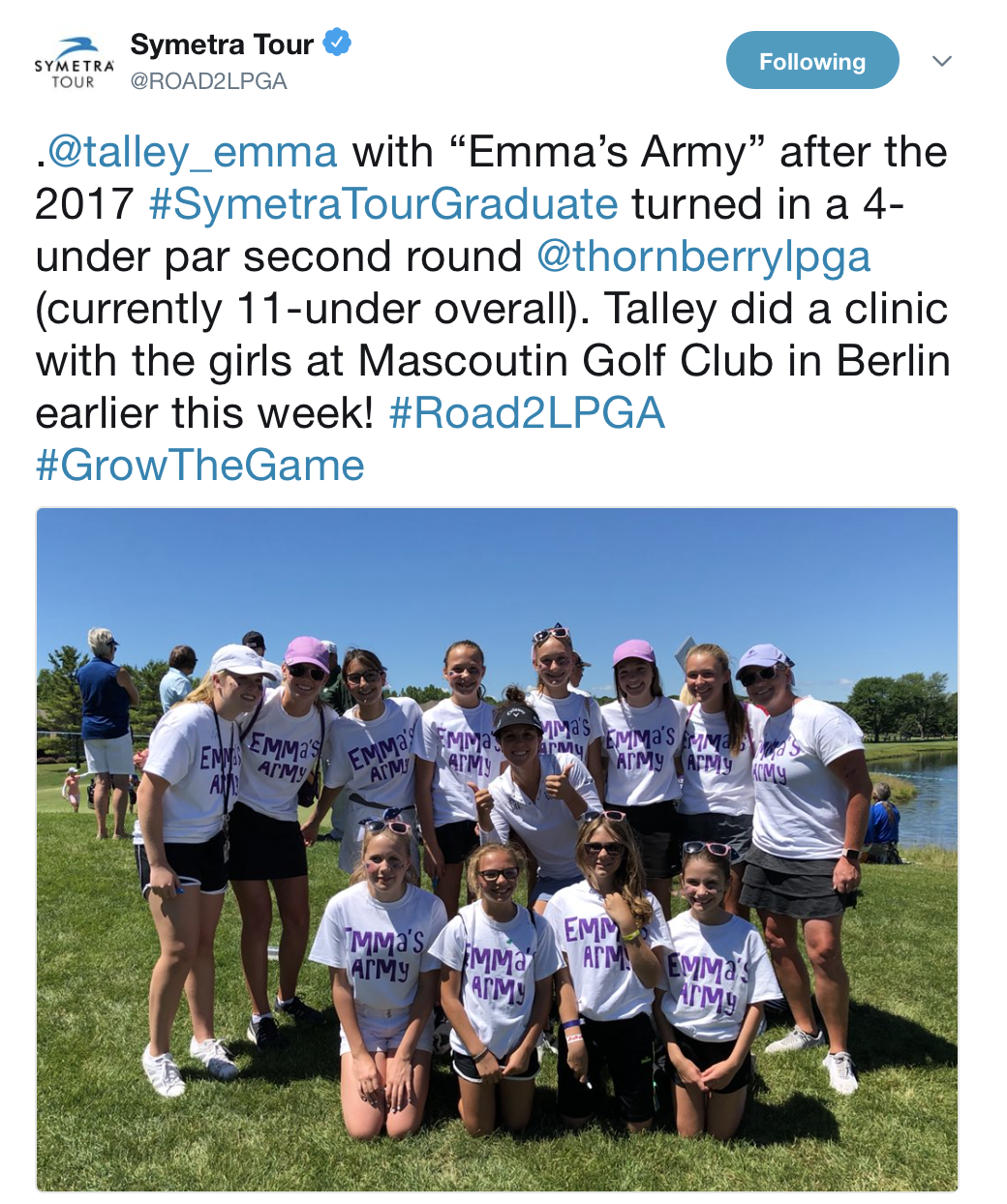 The Kentucky native with a distinctive Southern accent, has had success and seems to fit well in the Midwest. Last year, she won her lone Symetra Tour event in Harris, Michigan at the Island Resort Championship. She also had a large gallery of "Emma's Army" fans following her every step on Friday. 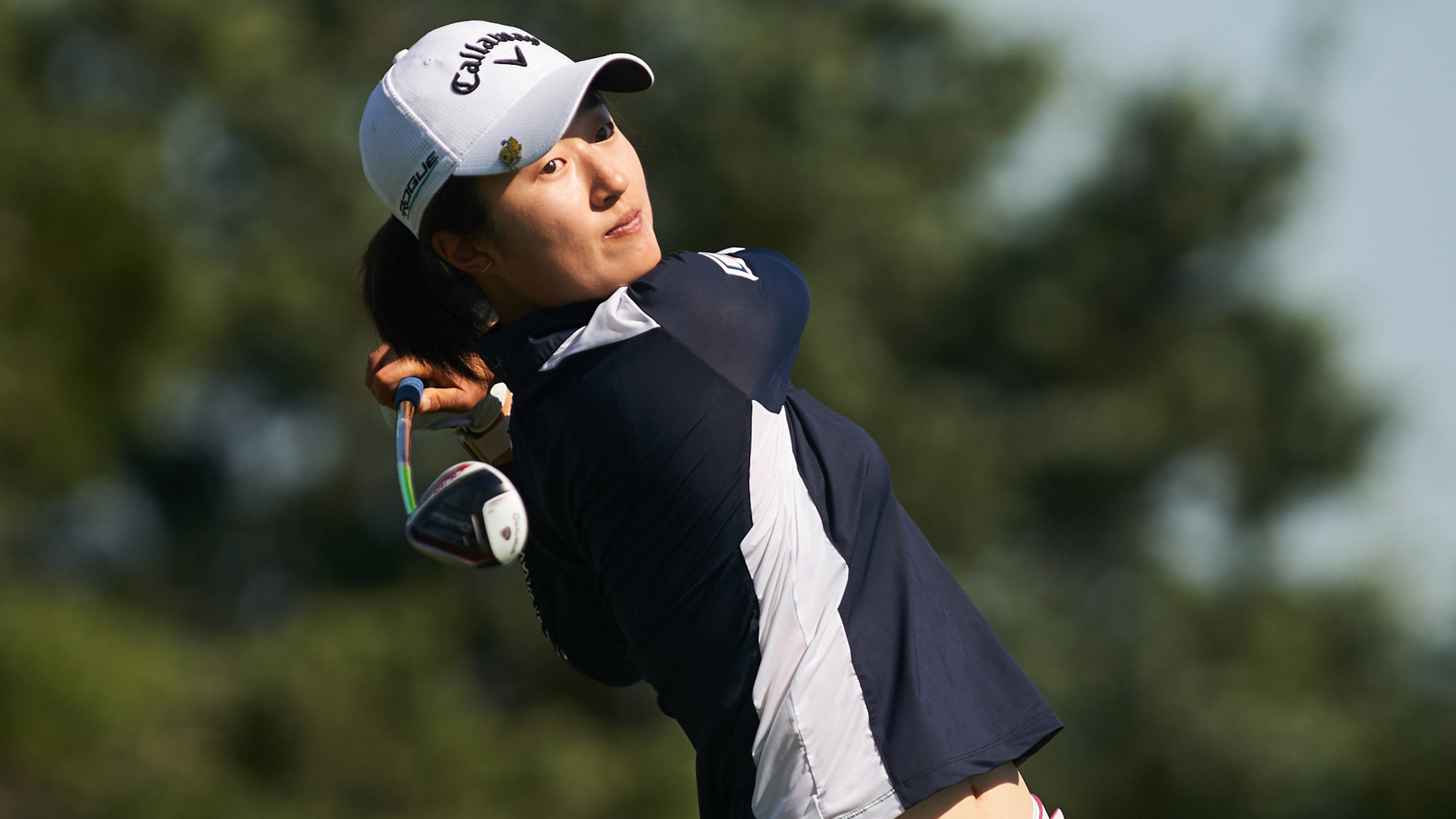 Yu Liu Cards Round of the Day

Yu Liu posted the round of the day at Thornberry Creek on Friday, which is also the lowest round of her career. She made an eagle and seven birdies en route to a 9-under, 63. She moved from T52 to second place.

"It doesn't feel too dramatic actually," said an understated Liu, "I wasn't hitting it too spectacular, but I was rolling a lot of putts in so that was the major difference today than yesterday."

The highlight of her round was on hole 10 when she chipped in from 20 yards out in the rough for birdie.

Liu's best finish as a rookie this year is third place at the Volunteers of America LPGA Texas Classic. This will be the first time she heads into the weekend in the top five. 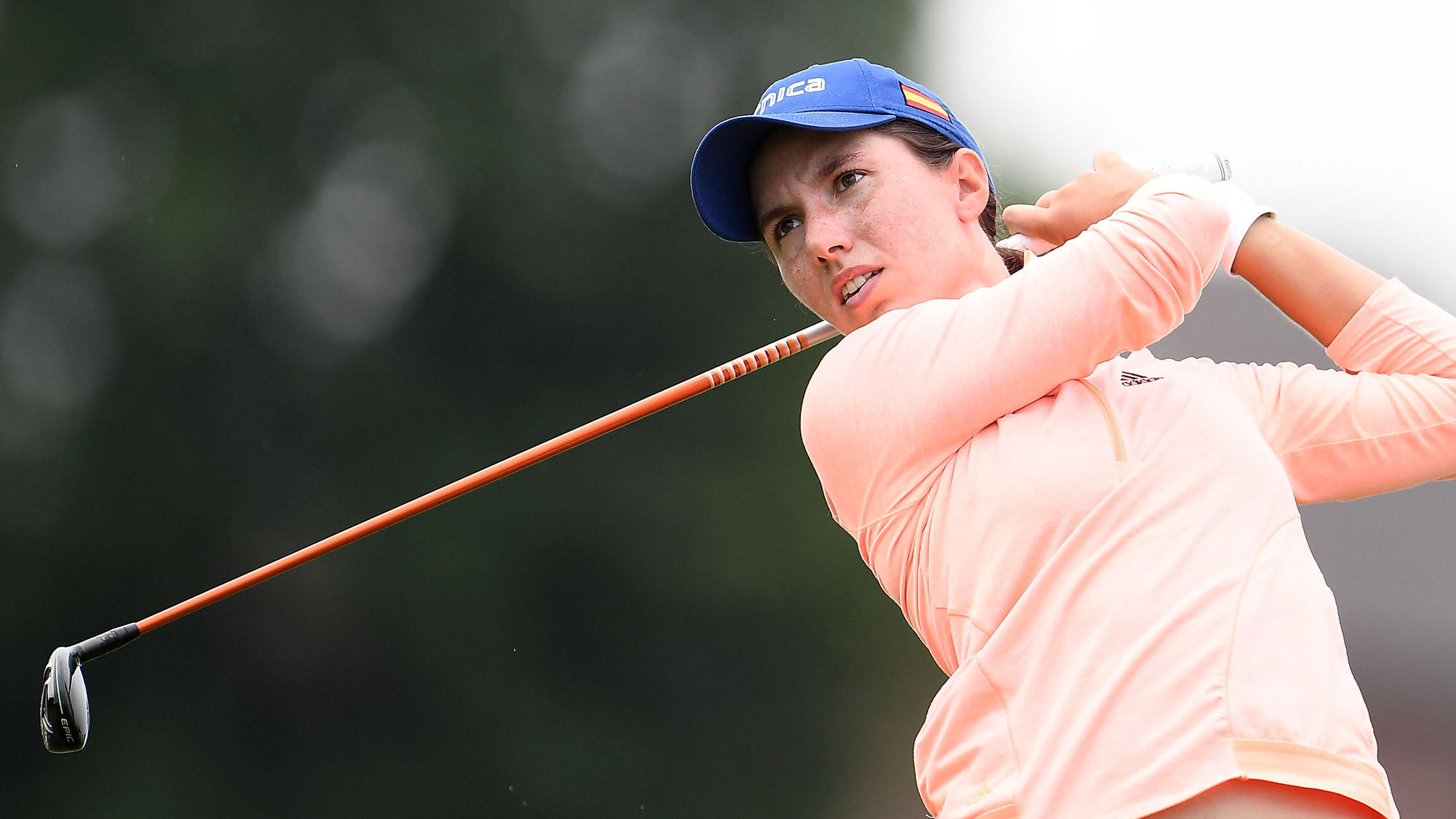 Ciganda Had it Going Before Triple on 17

Carlota Ciganda went her first 34 holes of the Thornberry Creek LPGA Classic without a bogey and was positioning herself for the weekend. She made three straight birdies from holes 12 through 14 and was charging at 12-under. Then, on the par-3 17th, she missed her tee shot right and made a triple to fall back to 9-under.

Ciganda is in a tie for 11th place.

The Spaniard was 7-under on Thursday and finished 2-under on Friday despite the triple on 17.