Who's in the Hunt

(-10) is the leading score through 36 holes at the Dow Great Lakes Bay Invitational, with three teams getting there in different fashion. The Pink Team of Paula Creamer and Morgan Pressel backed up the second-best round of foursomes Wednesday with six under in fourball. Team Boucher composed of Celine Boutier and Karine Icher along with Team M&M made up of Stephanie Meadow and Giulia Molinaro carding 62 and 61 in fourball respectively to charge up the leaderboard from (-2) and (-1).

Six teams sit one shot behind the leadng trio of teams at (-9). Tiffany Chan and Peiyun Chien, Kim Kaufman and Kris Tamulis, Pagaree Anannarukarn and Pannarat Thanapolboonyaras, Mirim Lee and Amy Yang, Cydney Clanton and Jasmine Suwannapura, along with Alena Sharp and Brooke Henderson all are a shot behind heading back into foursomes on Friday.

30 teams are within five shots of the lead. 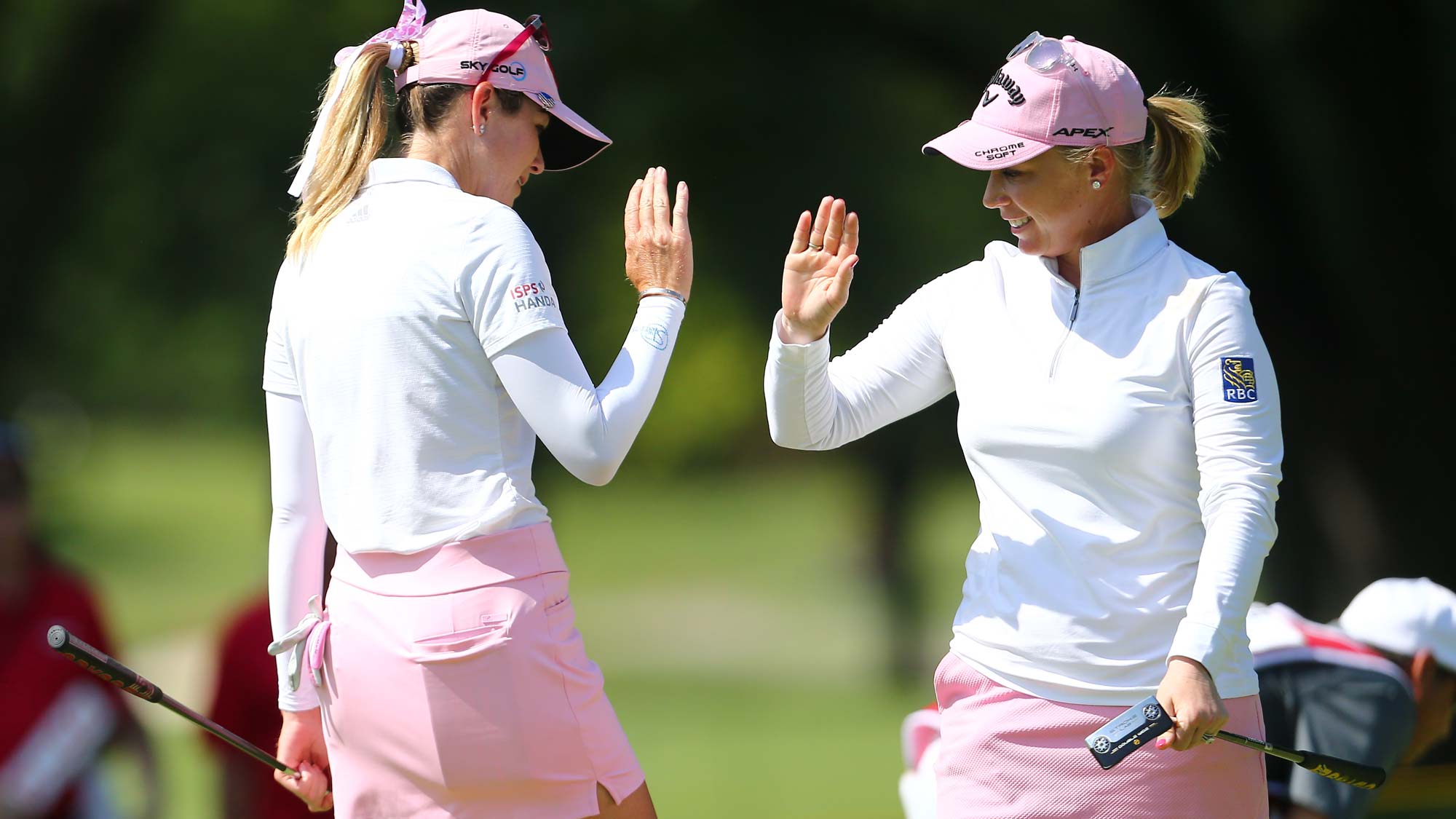 Paula Creamer and Morgan Pressel are in a critical position in an effort to return to the US Solheim Cup team. They are in 33rd and 27th in US Solheim Cup Points, and while still in control of their destiny to make their way up the leaderboard with two majors coming up, would benefit greatly from a victory to catch captain Juli Inkster’s attention for a captain’s pick. Creamer touched on that after play, noting that “Of course, like Morgan said, we would be lying if we weren't thinking about that. But we're a team, we're kind of a little package deal with that. When we're together, we always play really solid. That's why we've always had a very good record with that.” They played together in 2007, 2011, and 2015 at the Solheim Cup, posting a 2-2-1 record as a pairing. There are no Solheim Cup points awarded for finishes this week.

Henderson and Sharp looking for their 10th and first career victories, respectively, heading into the final two rounds. They shot the lowest round of the foursomes’ format in the first round but couldn’t keep up with the leaders with a four under 66 Thursday. It was the highest round by two shots of the nine teams at nine under or better, which gives the 'Eh' Team room for improvement on the final round Saturday.

It’s been a difficult season for the 2018 Symetra Tour Player of the Year, as Ruixin Liu has had a tough rookie season on the LPGA Tour. She had to withdraw from the Pure Silk Championship after birdieing four of the opening five holes. Last week, she finally broke through to a strong result, posting T11 at the Marathon Classic. A strong finish will likely buy her another start, as she’s just off the field list for the Aberdeen Scottish Open.

Simin Feng has only had four starts on the LPGA Tour this season, making her first cut of the season at the Marathon Classic. The 2015 LPGA Rookie is looking for her first top 10 finish since the Reignwood LPGA Classic. 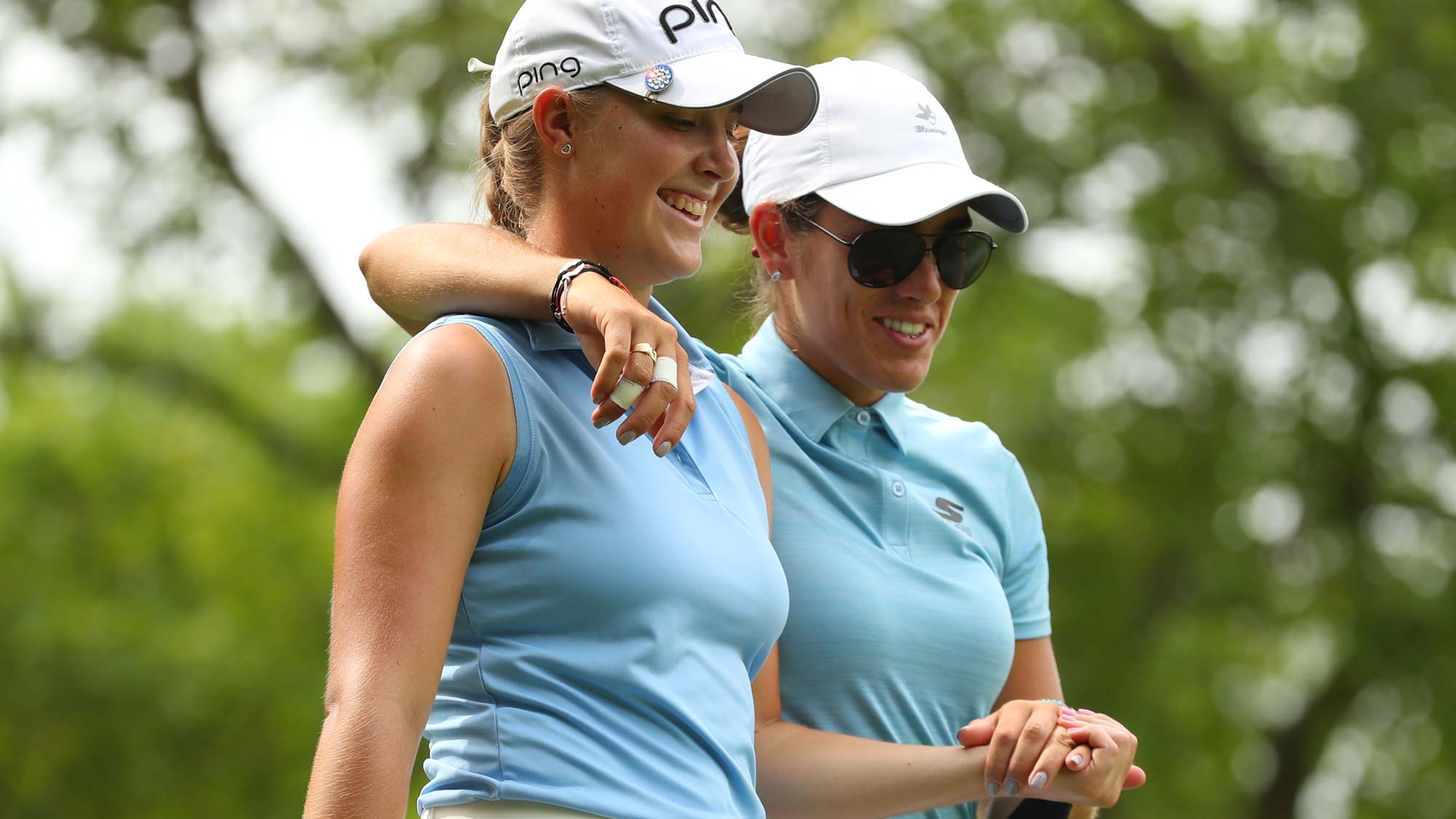 39- The number of teams that made the cut.