Grip Pressure for Life and Golf

The CME Group Cares Challenge is a season-long charitable giving program that turns aces into donations. CME Group will donate $20,000 for each hole-in-one made on the LPGA Tour in 2019, with a minimum guaranteed donation of $500,000 to St. Jude Children's Research Hospital, which is leading the way the world understands, treats and defeats childhood cancer and other life-threatening diseases.

Coming into the CME Group Tour Championship, there have been 32 holes-in-one in the 2019 LPGA Tour season. Brooke Henderson is the only player to record multiple aces, with hers coming at the Meijer LPGA Classic and the Buick LPGA Shanghai. Those 32 holes-in-one translate to $640,000 donated to St. Jude, which more than covers the average cost of $425,000 needed to treat a pediatric cancer patient. 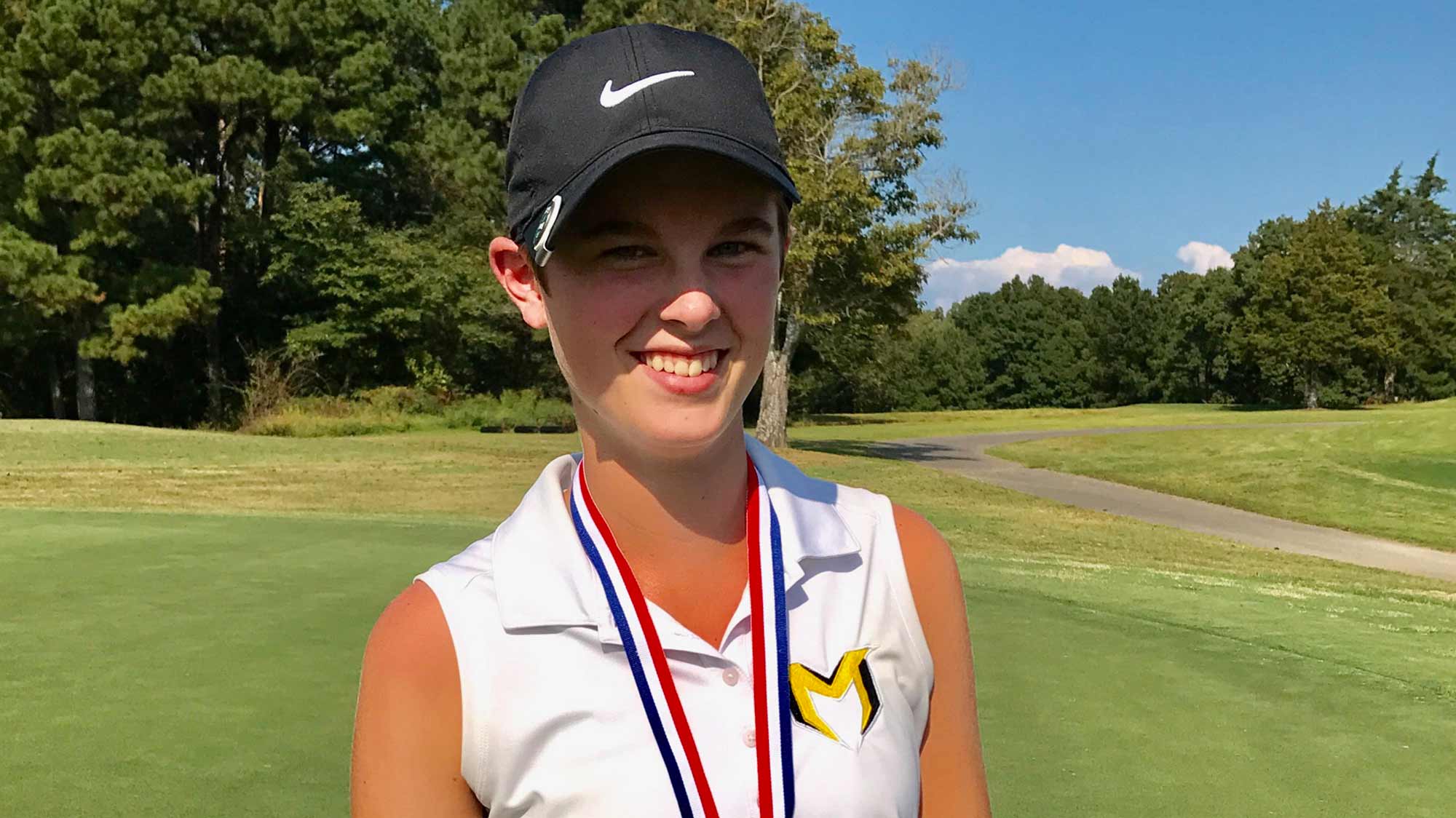 When Mary Browder’s family learned she had cancer in November 2013, it came as a shock. In the weeks and months leading up to her diagnosis, Mary Browder had been a blur of motion – she’d been horseback riding, canoeing, rock climbing and sailing, not to mention playing golf and tennis.

In November 2013, Mary Browder started running a fever. She was lethargic and lost weight. Her doctor thought she had pneumonia, but antibiotics didn’t help. In January 2014, a chest X-ray revealed a mass on Mary Browder’s chest. Further testing revealed Mary Browder suffered from Hodgkin lymphoma, a cancer of the lymph system.

At St. Jude Children’s Research Hospital®, Mary Browder’s treatment included several rounds of chemotherapy. Treatments invented at St. Jude have helped push the overall childhood cancer survival rate from 20 percent to more than 80 percent since it opened more than 50 years ago. St. Jude is working to drive the overall survival rate for childhood cancer to 90 percent, and we won’t stop until no child dies from cancer.

Mary Browder took her diagnosis in stride. “I was too busy to have cancer,” she said. And so she kept up her usual activities. Her parents, Renee and Jason, were grateful that Mary Browder’s care team understood her desire to live life as normally as possible. “We were told that the drug combination could potentially decrease the risk of nausea and vomiting as well as decreased pain. This held true in Mary Browder’s case,” said her mother. “Her quality of life was maintained while she was undergoing treatment.”

Today, Mary Browder is a busy high school student who visits St. Jude just for checkups. “St. Jude is more than just a hospital,” Mary Browder said. “It’s a place where everyone cares about you, not because it’s in their job description, but because they want to.” Mary Browder is as busy as always. She participates in speech and golf, and competes in Junior PGA tournaments. 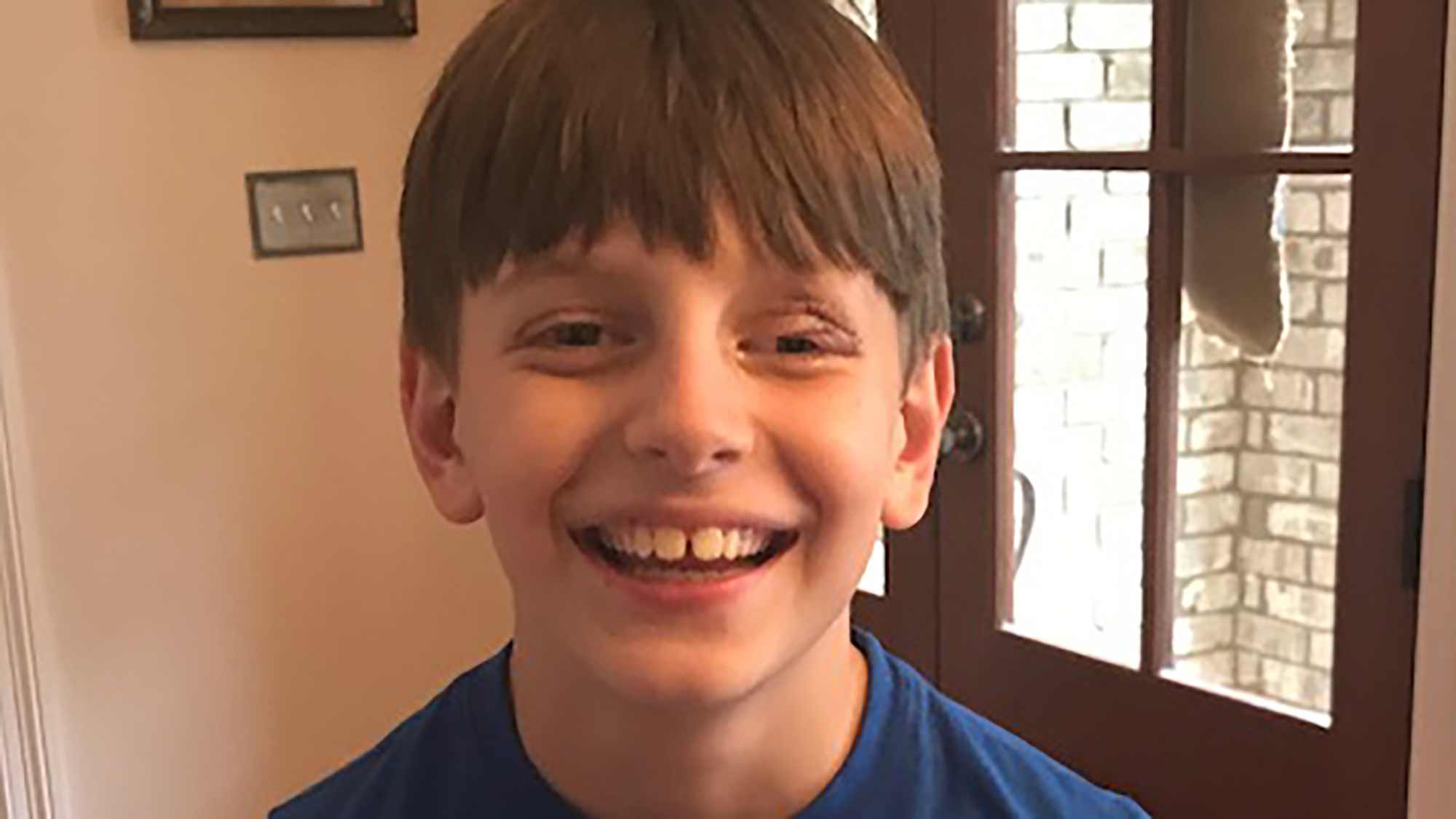 There were no symptoms something was wrong with Reid until, suddenly, there was one big symptom. Reid was sitting in the kitchen with his family one evening in January 2015. He looked up at something – but only his right eye turned upward. His left eye stayed still.

Reid’s parents were terrified. “It was the worst day of our lives,” said Michelle. “But the moment we arrived at St. Jude, we felt like part of the family.” 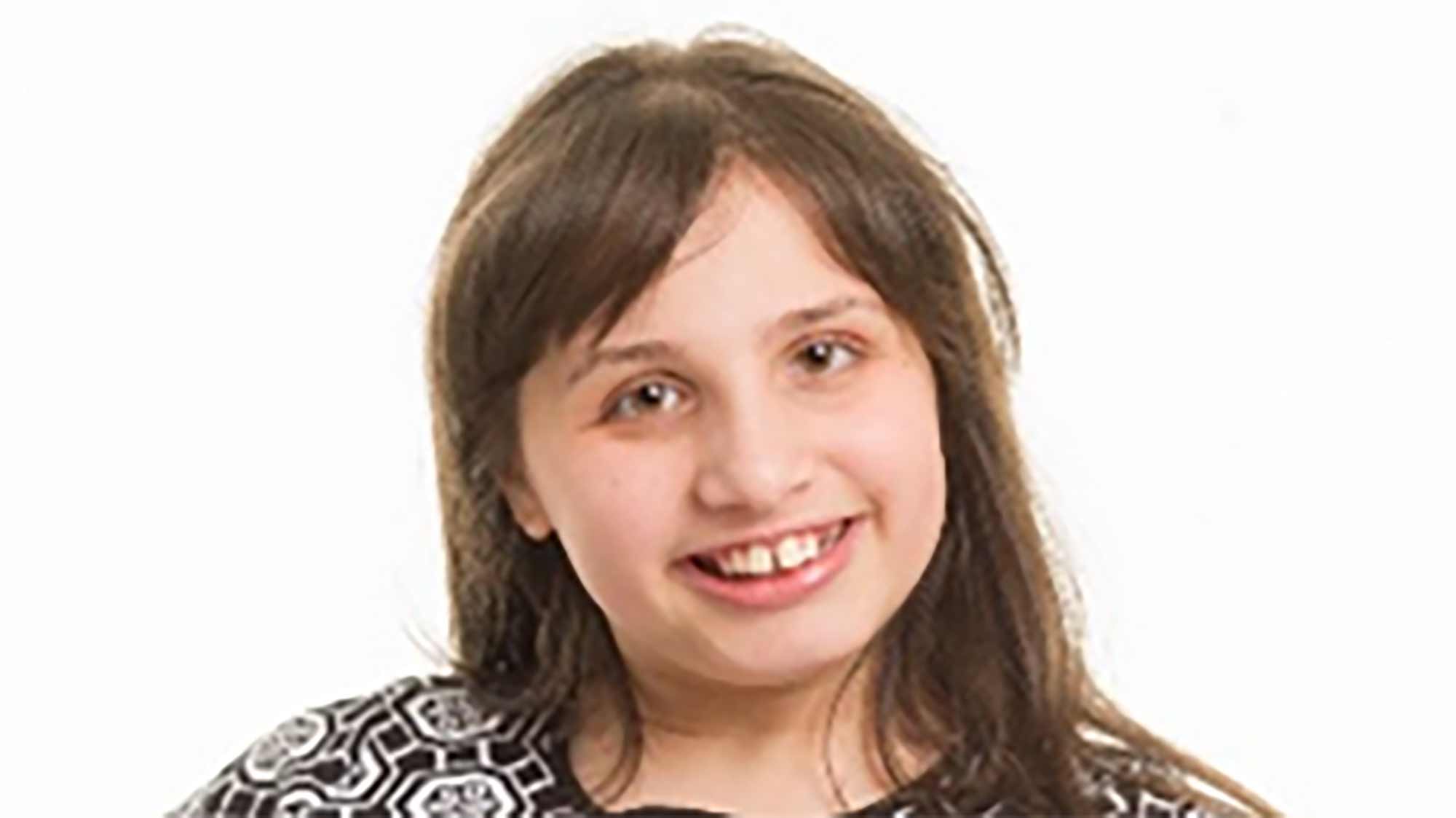 In 2015, Victoria’s family learned she had a rare brain tumor called a suprasellar atypical meningioma. They were referred to St. Jude Children’s Research Hospital®, where Victoria’s treatment included proton therapy. Families never receive a bill from St. Jude for treatment, travel, housing, or food – because all a family should worry about is helping their child live.

Victoria now visits St. Jude for regular checkups. “St. Jude gave us back hope,” said Victoria’s mom. Victoria likes to play chess, dance and do arts and crafts. When she grows up, she wants to be a doctor at St. Jude. In the meantime, Victoria is using her skills as an artist to help give back to St. Jude, often donating her artwork to raise funds and awareness for St. Jude. 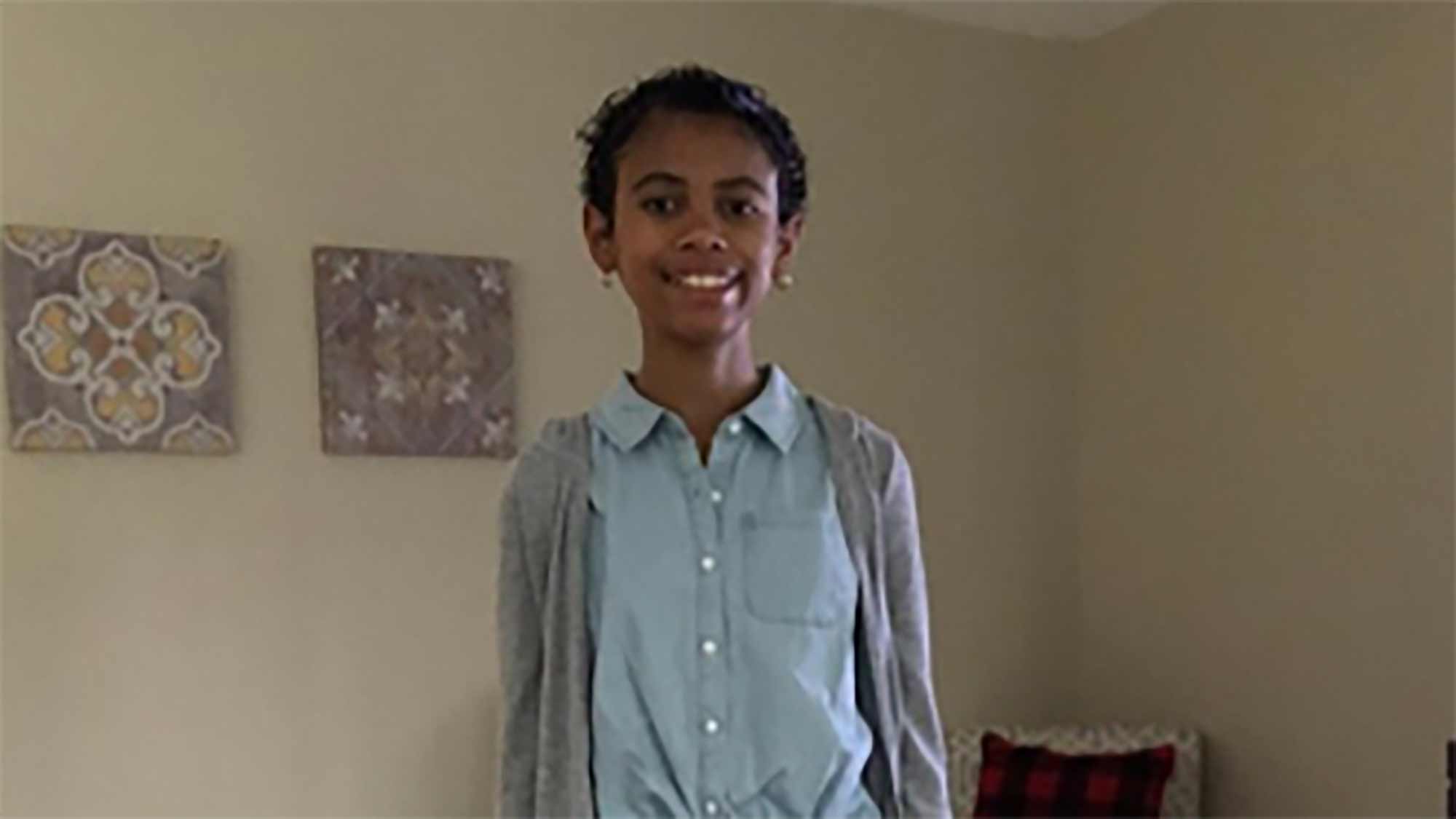 Mikayla is an artistic girl. In January 2017, tests revealed she had a cancerous brain tumor called a medulloblastoma. After surgery to remove the tumor, Mikayla was referred to St. Jude Children’s Research Hospital®, where her treatment included four rounds of chemotherapy and 30 rounds of proton therapy. “St. Jude means everything to us,” Mikayla’s mom said. “They saved our daughter’s life.”

Mikayla is now finished with treatment and returns to St. Jude for checkups. She loves to read and play games on her tablet. She’s also a travel buff and especially loves traveling with her dad. 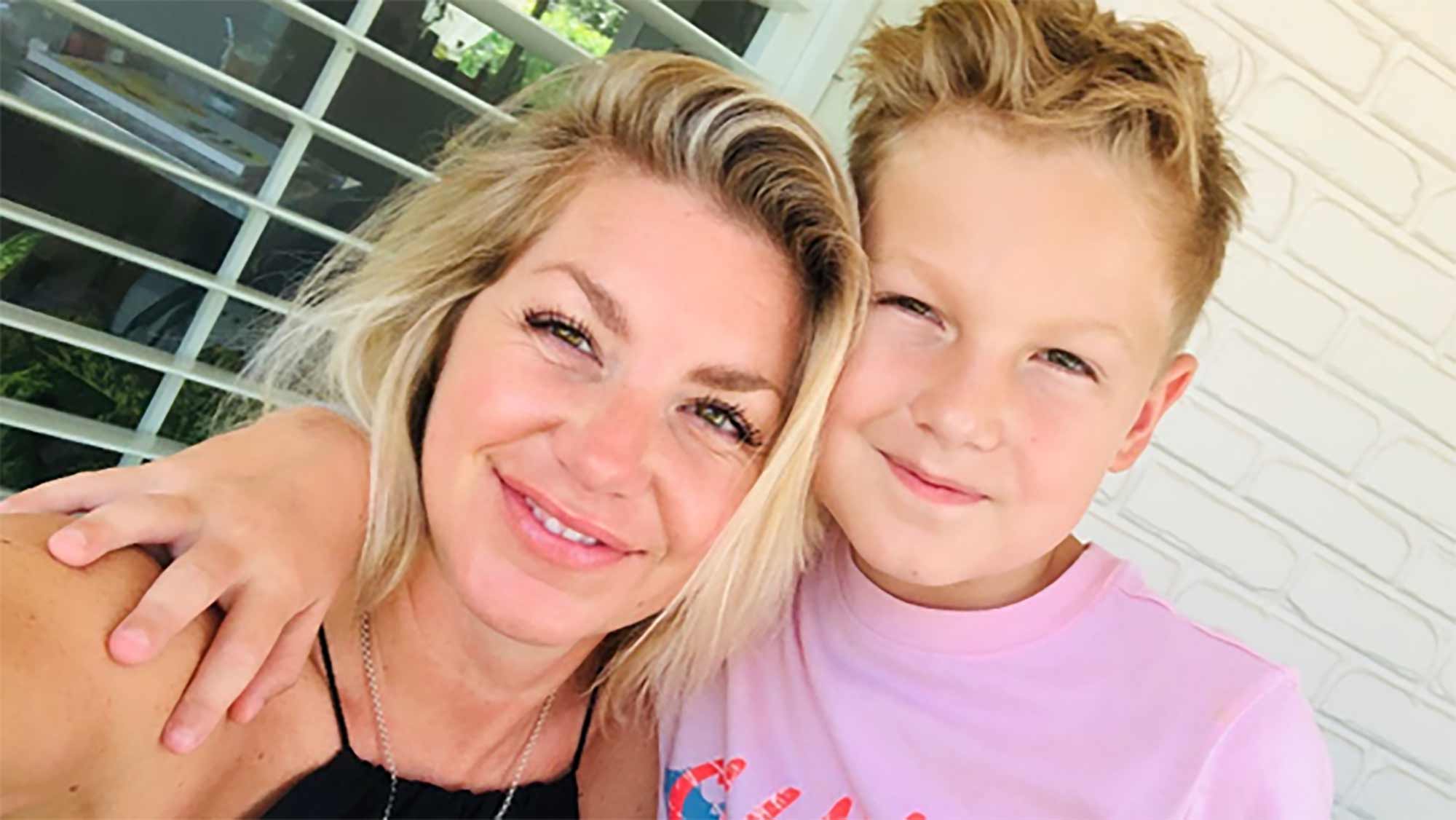 In June 2017, Brody’s family learned he had a type of brain cancer called medulloblastoma. He underwent surgery to remove the tumor, after which his doctors referred him to St. Jude Children’s Research Hospital®.

Treatments invented at St. Jude have helped push the overall childhood cancer survival rate from 20 percent to 80 percent since it opened 50 years ago.

Brody’s treatment at St. Jude included 30 rounds of proton therapy and seven rounds of chemotherapy. “St. Jude is an amazing place, it’s life-changing,” said Brody’s mom. “Everyone from the doctors to the nurses to the people in the cafeteria, everyone’s hearts are more pure than you could ever imagine.”

Brody loves football, wrestling and playing with his dogs. When Brody was undergoing treatment, he missed his dog, Dash, terribly, so his father, Jon, brought Dash to visit over the holidays. “Dash means everything to me,” Brody said. “He’s my buddy. We do everything together.” 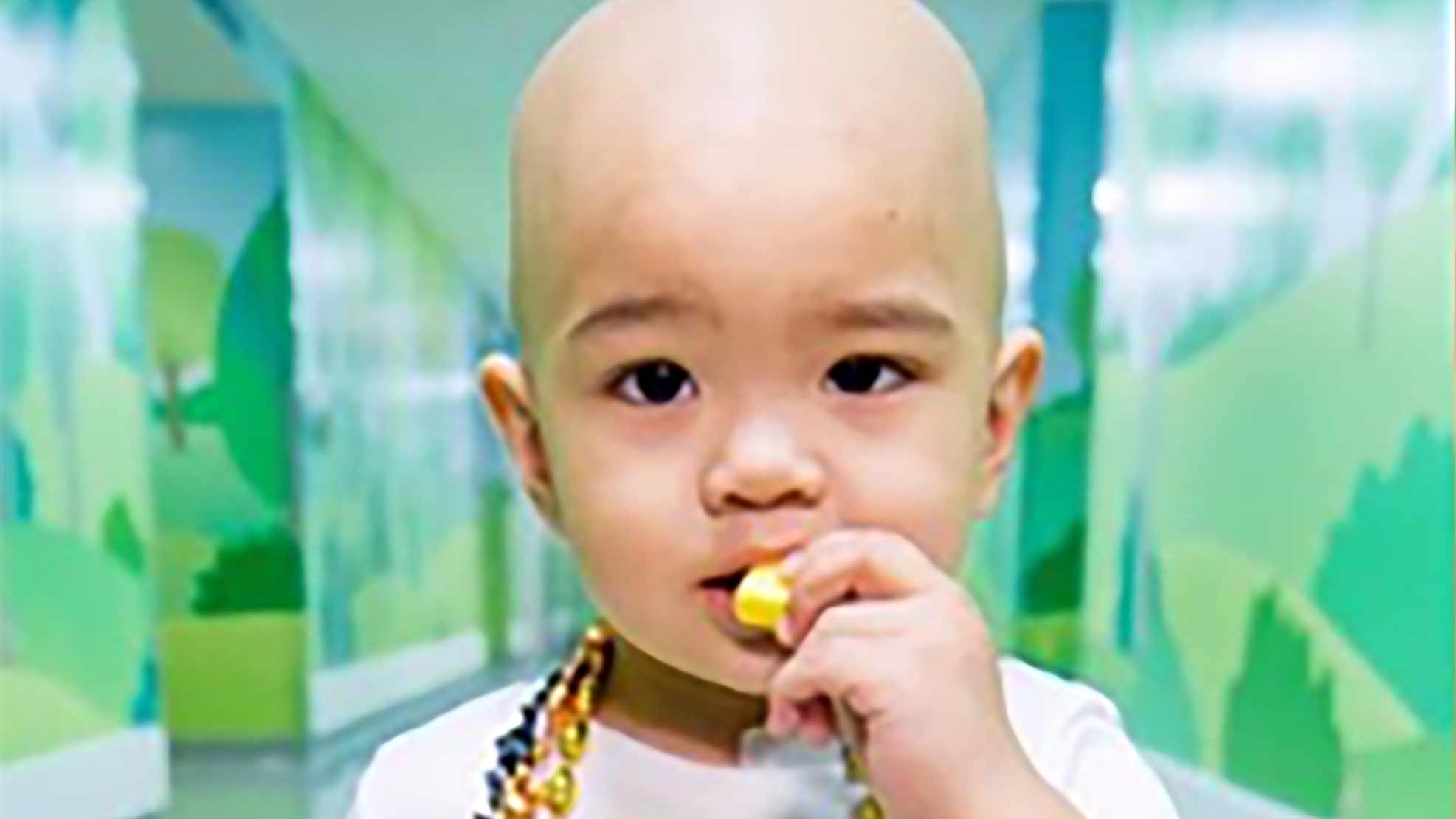 In January 2013, Lynda and Alex moved with their 11-month-old twins, Chloe and Hanna, to China for work. Several weeks later, the family returned to the United States for a visit and took Chloe to a pediatrician, because she had been holding her head to the side. Tests revealed Chloe had a brain tumor called an ependymoma. She underwent surgery to remove the tumor, and after she recovered, her parents turned to St. Jude Children’s Research Hospital® for further treatment. At St. Jude, Chloe had two additional surgeries to remove tumor growth, chemotherapy and radiation therapy.

Today, Chloe is out of treatment and visits St. Jude regularly for checkups. “St. Jude is a warm place,” Lynda said. “When you come to St. Jude, you have hope.” Chloe and Hanna are both thriving, taking cheerleading lessons, playing golf, and making visits to the beach. 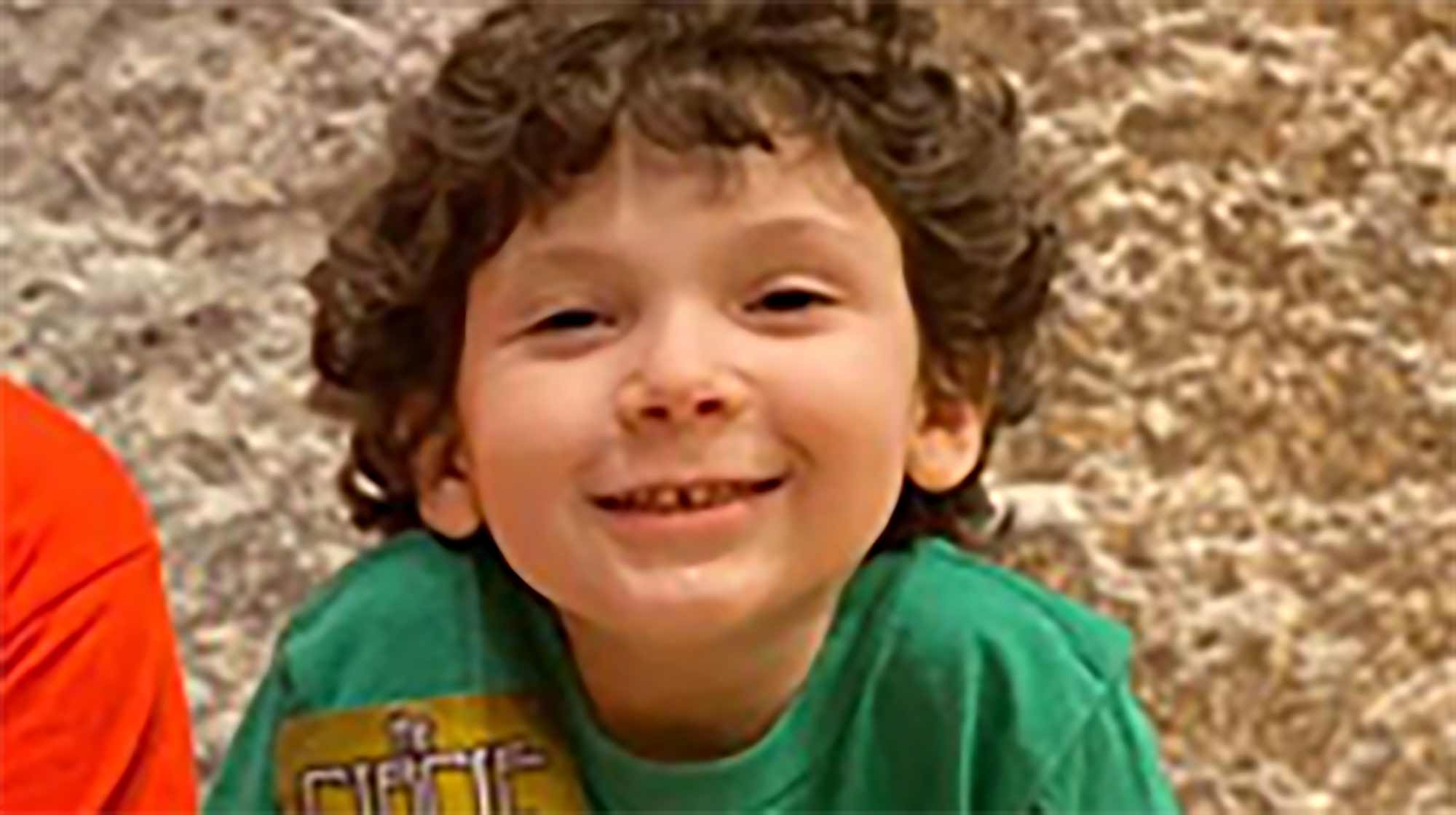 Slater’s parents first noticed something was wrong when he developed a limp and didn’t want to go to the playground. When tests revealed Slater suffered from a rare cancerous tumor called neuroblastoma, his parents, Shari and Shane, turned to St. Jude Children’s Research Hospital®.

Slater’s family is thankful for everything St. Jude is doing for their son. “Before you come to St. Jude, you have this despair over what’s happening to your child that you can’t fix,” Shari said. “And then you get here and St. Jude is just so unique. You have this community around you. The nurses and doctors are wonderful. It’s the best of the best.”

Slater and his big brother, Sawyer, are best friends. The boys like to play video games and watch movies together. Slater is getting settled back at home following treatment and enjoys going to school. Slater returns to St. Jude regularly for checkups.