In the Winner's Circle with Lydia Ko at Evian

9th career LPGA victory; 7th as a member of the LPGA Tour

Became the youngest player – male or female – to reach No. 1 in the world by nearly four years, besting Tiger Woods

Was the fifth amateur winner in LPGA history and first since 1967; became the first amateur to win twice

With her victory, Lydia is projected to remain No. 2 in the Rolex Women’s World Golf Rankings

SEASON: Lydia crosses the $2 million mark in season earnings for the second-consecutive year and remains 2nd on the LPGA Tour Official Money List with $2,190,922

Third appearance at the Evian Championship; previous best finish was a runner-up in 2013 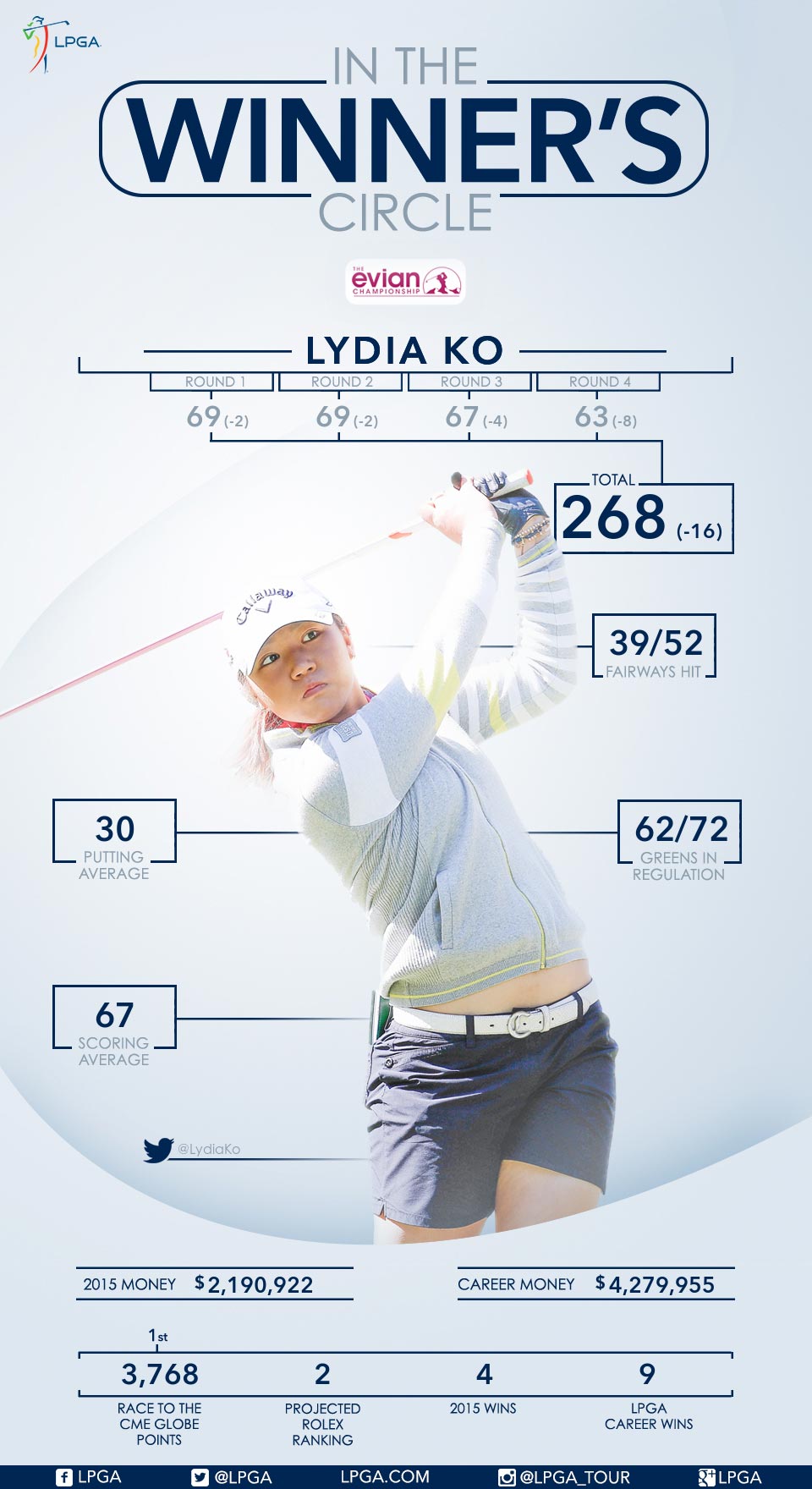