Lopez Wins in China, Another Top 10 for Jutanugarn and More from Final Round

Lopez Wins in China, Another Top 10 for Jutanugarn and More from Final Round

One day after celebrating her 25th birthday with a hole in one, Gaby Lopez went one better, carding a final-round 73 and earning her first LPGA victory at the 2018 Blue Bay LPGA with a final score of 8-under 280. The native of Mexico City, who yesterday celebrated her 25th birthday, earned a one-stroke win over Rolex Rankings No. 1 Ariya Jutanugarn at -7, with a surging Celine Boutier finishing third at -6.

Playing in the final group with Jutanugarn and World No. 2 Sung Hyun Park, Lopez drew inspiration from the star power surrounding her on the golf course.

“I was just very fortunate and very lucky to have that challenge, to face it, knowing I had to play my best game because they were going to play good,” said Lopez, who is the 10th Rolex First-Time Winner of the 2018 LPGA season. “I knew they were going to hit some great shots and I had to keep up with them. At the same time, just tells me that I could be in the same level. I'm working, I'm practicing, and doing lots of hard stuff to one day be up there in the world rankings with them.” 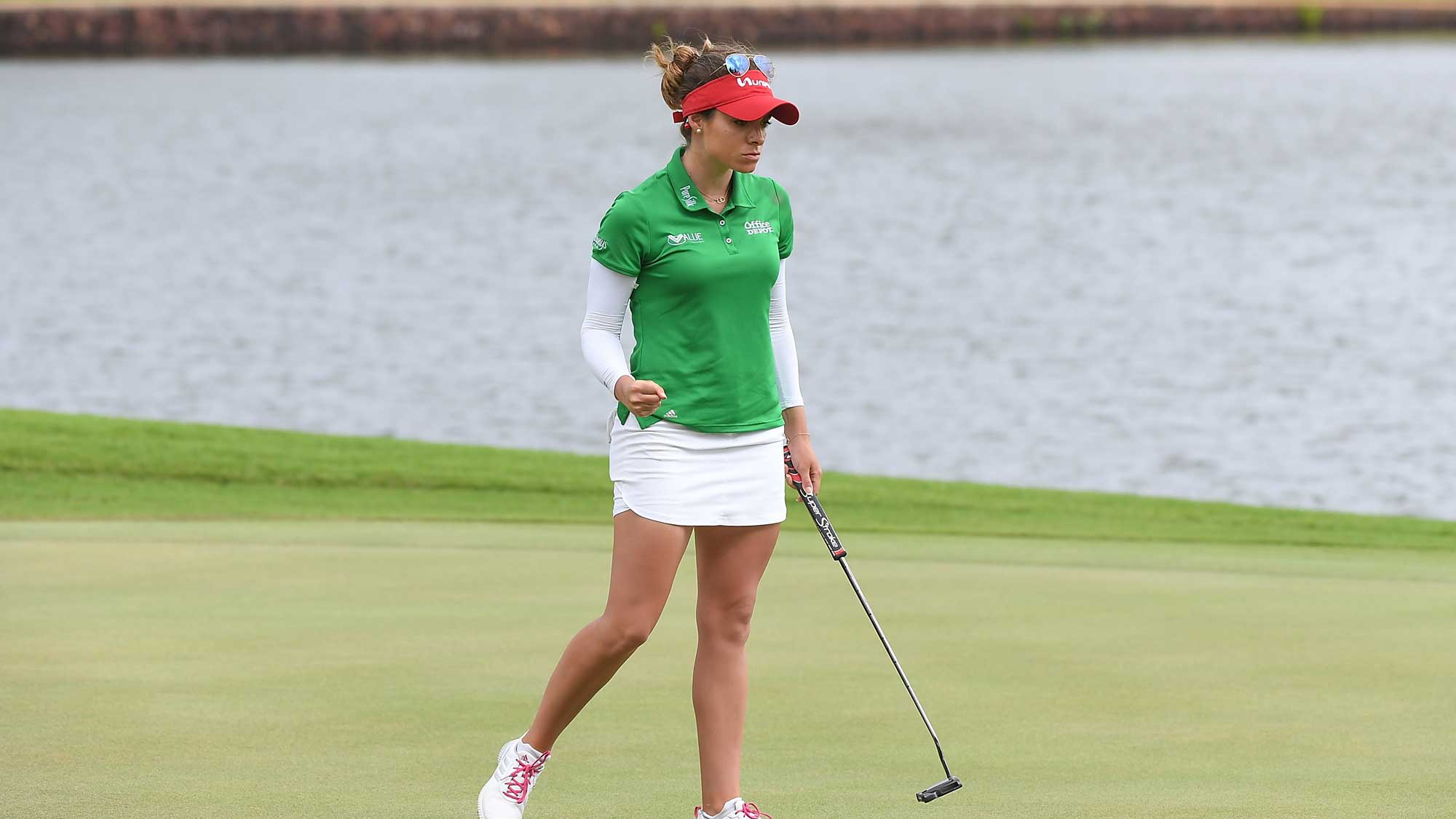 With today’s win in the People’s Republic of China, Gaby Lopez joined the legendary Lorena Ochoa as the only LPGA winners from Mexico. Ochoa last won at the 2009 Navistar LPGA Classic before retiring in April 2010 with 27 LPGA Tour victories.

“Lorena has been my mentor ever since I turned pro. You know, she's been my inspiration for my whole life,” said Lopez, who often posts pictures with her mentor to social media. “I'm just very, very happy that I'm getting another win for Mexico. That's why I wear green, white, and red on Sundays, because I've been dreaming of this moment my whole life.”

Lopez knows that Ochoa is always supporting her, and she also again drew inspiration from the memory of her beloved grandfather, Jose Lopez, who passed away in early October.

“My grandfather introduced my dad to the game of golf and my dad introduced me to the game of golf,” said Lopez with obvious emotion in her voice. “His first passion was golf, and we had a very, very special relationship. I always said that he was one of my top two favorite people in this world. You know, the moment that he passed away of course I was very, very devastated and I was very sad, but I am just very, very happy that now he can see this from up there.” 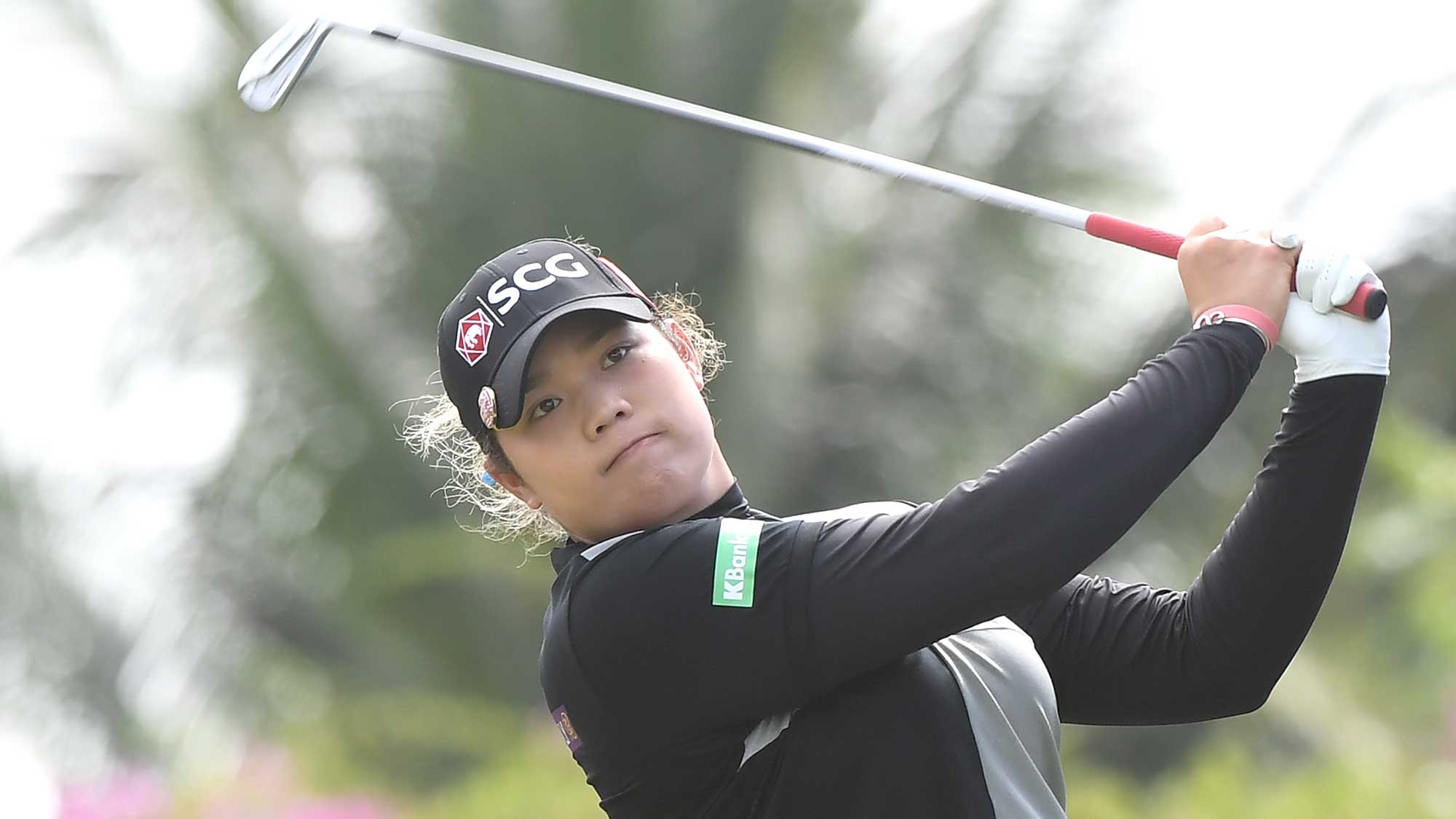 ANOTHER TOP-10 FOR JUTANUGARN

With her second-place finish at the Blue Bay LPGA, Ariya Jutanugarn locked up her Tour-leading 16th top-10 finish. The 22-year-old Thai won the 2018 LEADERS Top-10 race, which awards the winner a $100,000 bonus, and she also heads to next week’s season-ending CME Group Tour Championship as the No. 1 seed in the Race to the CME Globe.

“I still know I still have a lot of things to improve, especially from the last two days that I know what I should work on next week,” said Jutanugarn, who finished with a 1-over 73 on Saturday. 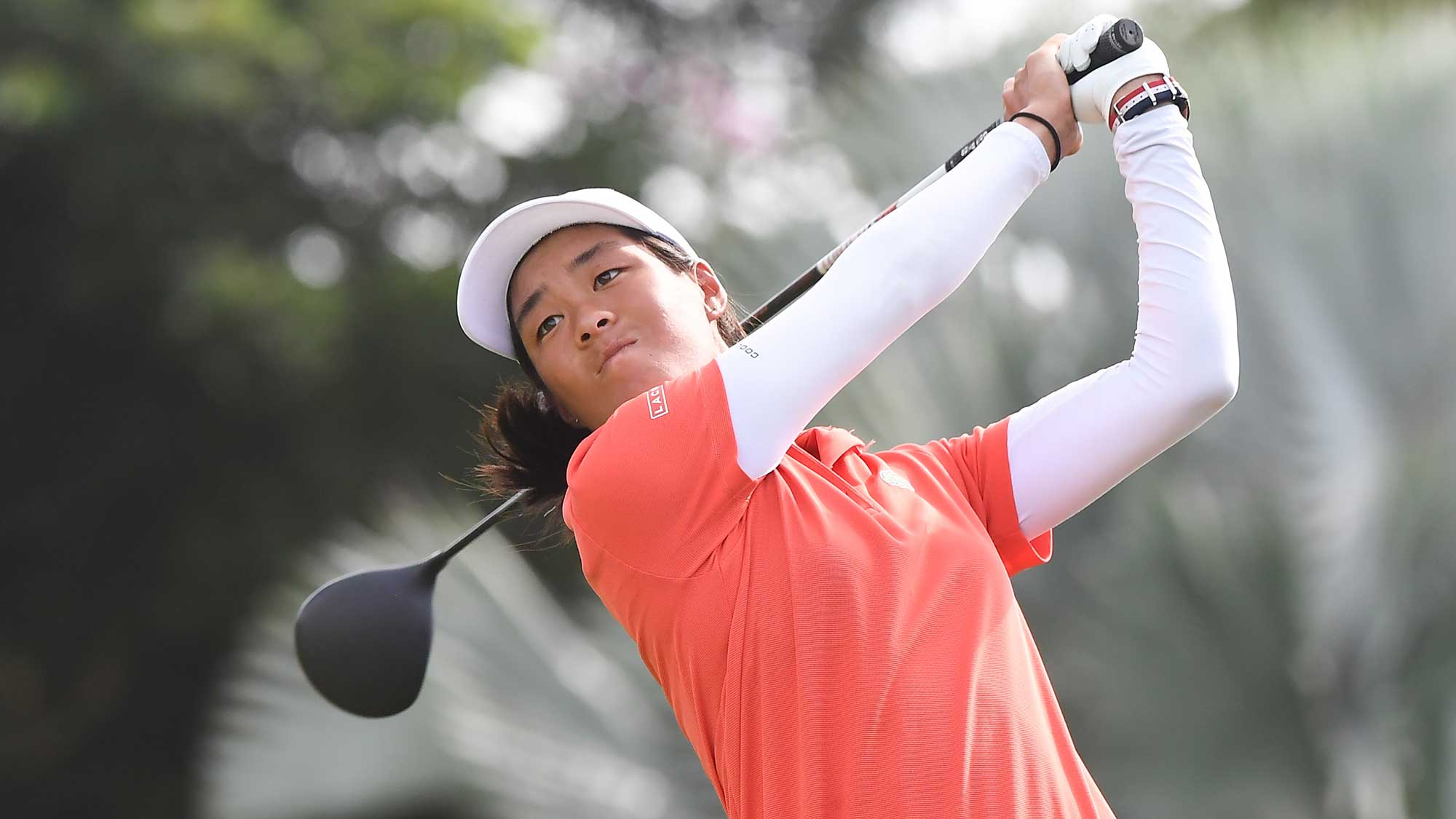 For second-year player Celine Boutier, it was a week to remember on Hainan Island. The native of Montrouge, France, earned her first LPGA top-10 finish, placing third thanks to a bogey-free 66 on Saturday.

“I actually decided to focus on my own game today and not look at one leaderboard. I didn't really know where I was standing throughout the day,” said Boutier, who reached the LPGA Tour by finishing third in the Symetra Tour’s 2017 Volvik Race for the Card. “I just figured if I wanted to have a shot, I would have to shoot really low, so I kind of knew coming it was going to be difficult.”

Boutier has already tasted success on Hainan Island, having won the 2017 Sanya Ladies Open on the Ladies European Tour. Her final-round 66 tied Gaby Lopez’s third-round 66 as the lowest rounds of the week, and the two shared more than just a score in common. Today was Boutier’s 25th birthday, and Lopez celebrated the same milestone on Friday.

CME Group Cares Weekends is a season-long charitable giving program that turns eagles into donations. For each eagle recorded during weekend play (Saturday and Sunday) throughout the 2018 LPGA Tour season, CME Group donates $1,000 to the program’s total donation count. At the season-ending CME Group Tour Championship, the stakes are even higher, as the donation has been raised to a generous $5,000 per eagle. The money raised will go toward a charitable pool and be split evenly between Wounded Warrior Project® and Bright Pink®.

Ying Luo withdrew after two holes of her fourth round, citing injury

Yifan Ji (a) withdrew after eight holes of her fourth round, with no reason given