*All tee times are local.

Each of the eight teams competing at the UL International Crown kept their pairings from day one the same for the second day of matches. 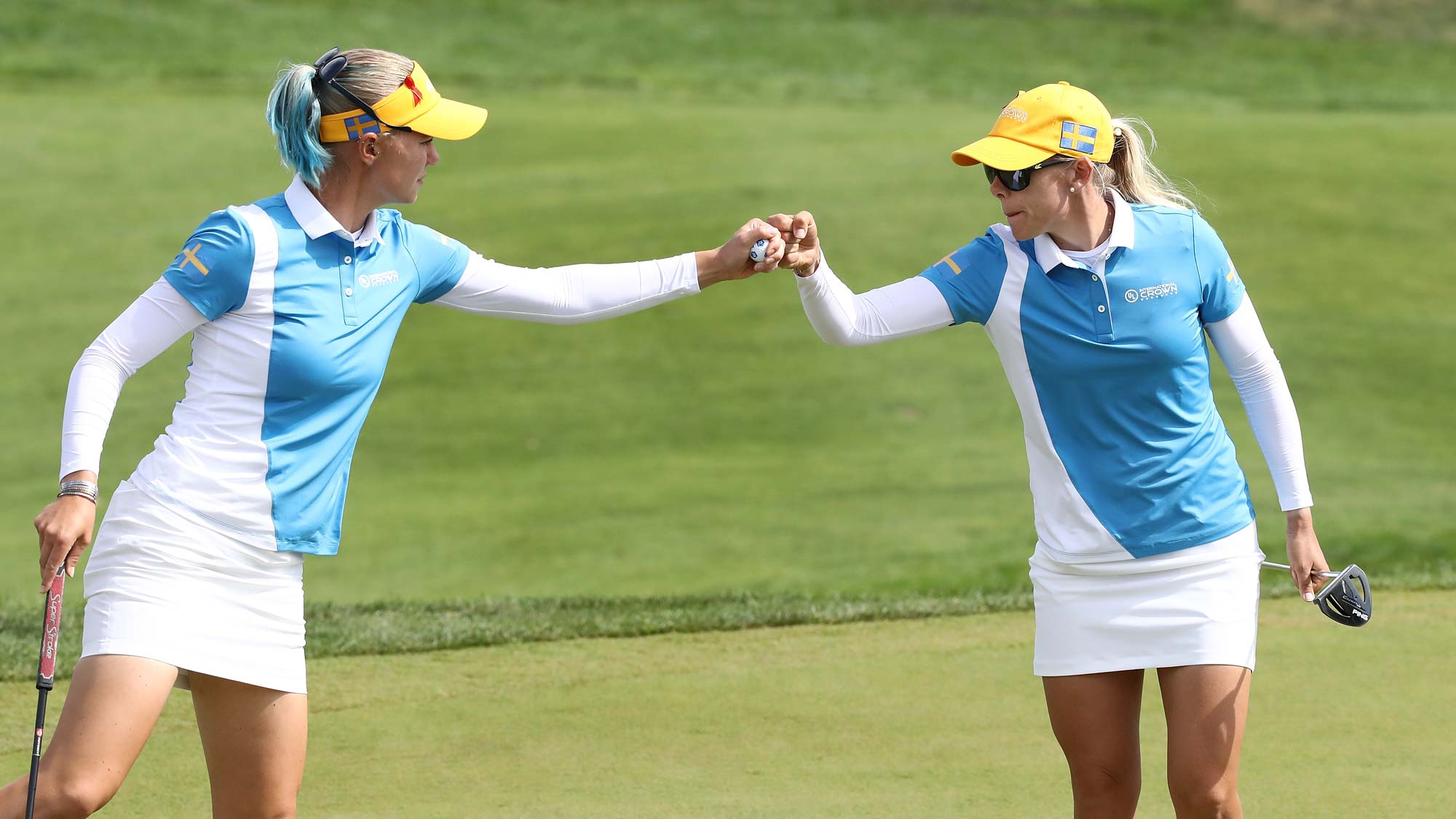 Japan’s Misuzu Narita and Mamiko Higa will team up again for the second day of matches, with a chance to turn around their result on day. Thursday, Team Japan won just one hole when Narita made birdie at the par 4, 10th hole. The team fell 2&1 to Thailand’s Ariya Jutanugarn and Sherman Santiwiwatthanaphong. Team Japan will face Sweden’s Anna Nordqvist and Caroline Hedwall, who found a winning combination in their pairing Thursday by defeating Team U.S.A’s Jessica Korda and Michelle Wie 2UP.

This is the second time Narita and Higa will face Nordqvist and Hedwall. The first match resulted in a halve in 2014.

Japan’s Ayako Uehara and Nasa Hataoka will reunite for the second day’s matches. The duo battled back and forth with Thailand’s Moriya Jutanugarn and Pornanong Phatlum, winning five holes on Thursday. But the Thai team mounted a late charge to square the match with the Japanese. Friday, they’ll face Sweden’s Pernilla Lindberg and Madelene Sagstrom, who were unable to get a leg up in their match with Team U.S.A’s Cristie Kerr and Lexi Thompson, who defeated Sweden 2UP.

Team U.S.A’s Jessica Korda and Michelle Wie are paired together once again for Friday’s matches as they look to pick up their first points of the week. Thursday, the pair lost 2DOWN to Team Sweden as they fell early in the match 4DOWN through five holes. Friday, they’ll face Moriya Jutanugarn and Pornanong Phatlum of Thailand, who halved their match on Thursday.

The formidable pairing of Cristie Kerr and Lexi Thompson remains intact for the second day of matches. Thursday, they won 2UP over Sweden’s Pernilla Lindberg and Madelene Sagstrom. They’ll take on Thailand’s Ariya Jutanugarn and Sherman Santiwiwatthanaphong of Thailand, who also won their match on day one. 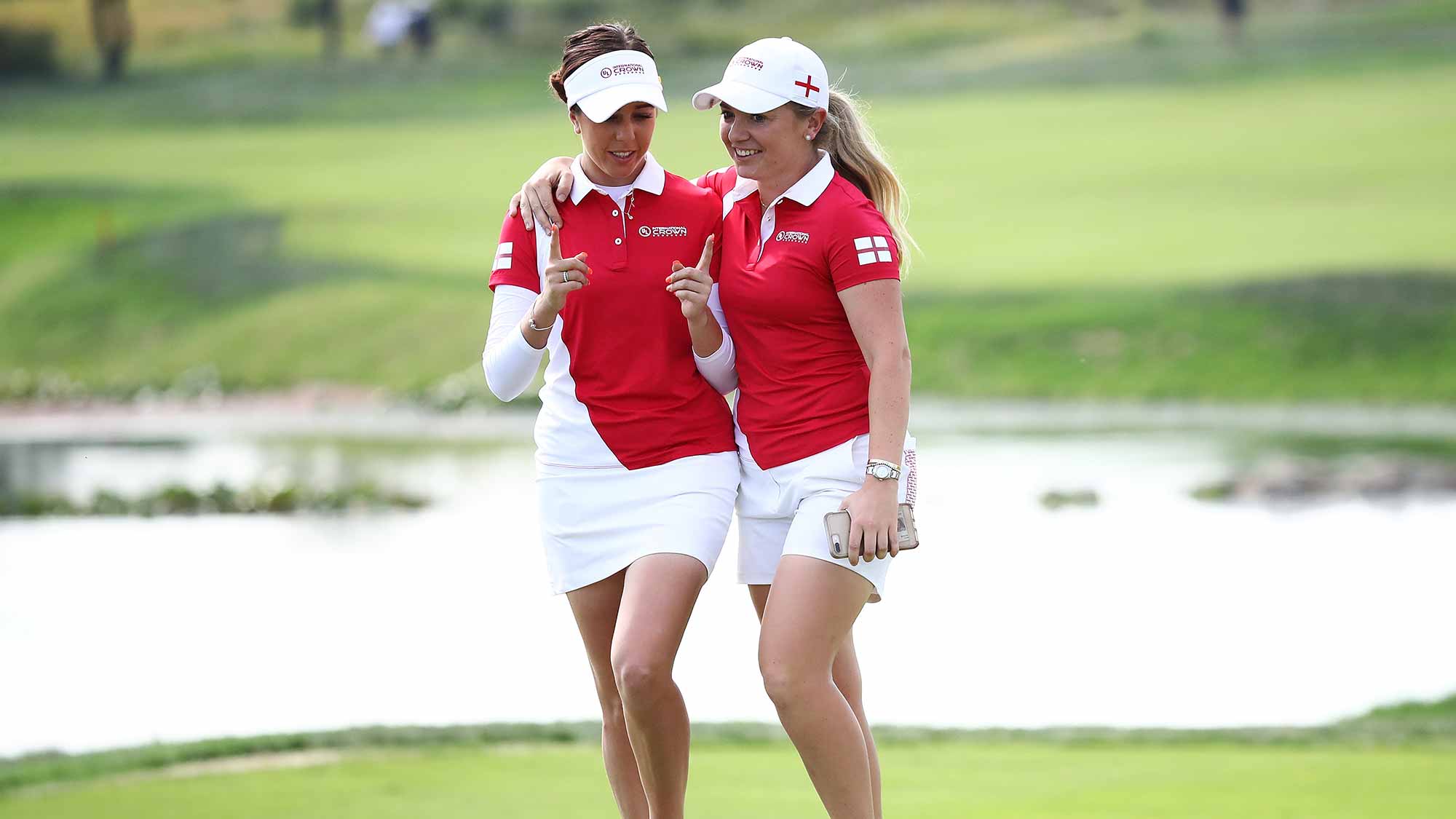 England’s Charley Hull and Georgia Hall pulled out a halve in their match on Thursday, winning their final two holes to square the match with Australia’s Minjee Lee and Sarah Jane Smith. The English duo will look to add another point to their team’s total on Friday when they take on Chinese Taipei’s Wei-Ling Hsu and Teresa Lu, who fell to Team Korea on day one.

Team England’s Bronte Law and Jodi Ewart Shadoff dominated their day one match against Australia’s Katherine Kirk and Su Oh, winning 4&3. They’ll look to keep that momentum rolling on Friday as they take on Candie Cung and Phoebe Yao of Chinese Taipei, who are looking to record their first points of the week. 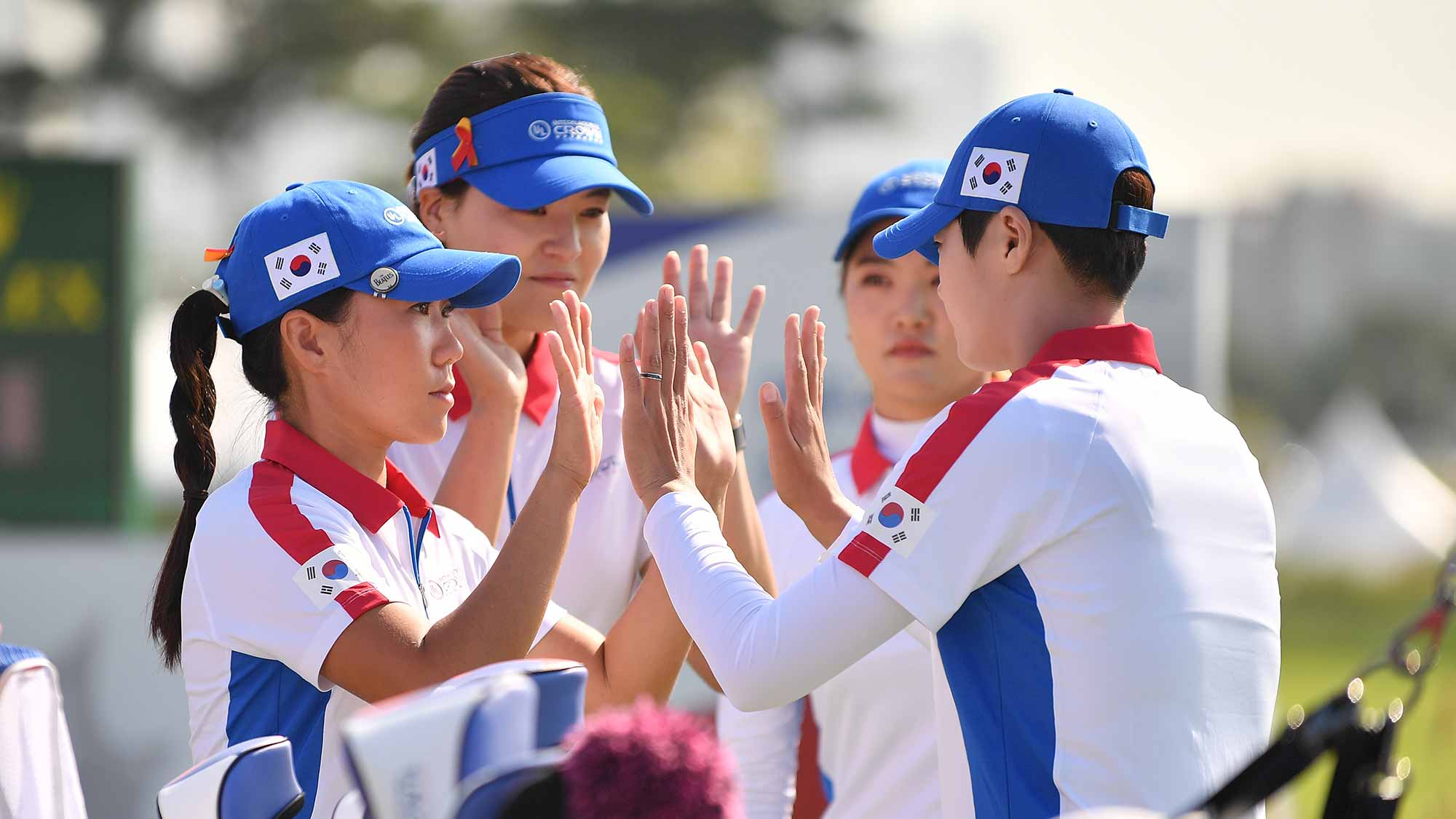 Pool A – Republic of Korea (KOR) vs. Australia (AUS)

Thursday, Team Korea’s So Yeon Ryu and In Gee Chun rose above the pressure of playing at home in Korea, in front of a huge gallery, and won their match 2UP over Chinese Taipei’s Teresa Lu and Wei-Ling Hsu. The duo rallied from going 1DOWN early in the match and won three holes on the back nine to win the match 2UP. The Koreans will try to remain unbeaten on Friday as they take on Australia’s Minjee Lee and Sarah Jane Smith who halved their match on day one with Team England.

Korea’s Sung Hyun Park and In-Kyung Kim led for much of Thursday’s match. Park pulled off one of the most exciting shots of the day when she holed a long birdie putt for eagle at the reachable par 4, 14th hole to give her team a 2UP advantage over Candie Kung and Phoebe Yao of Chinese Taipei. The Koreans won the match 1UP and will face Australia’s Su Oh and Katherine Kirk on Friday. The Aussies failed to find any momentum on Thursday as they fell 4&3 to Team England.