Plentiful sunshine, a slight breeze and temperatures in the mid 80s made for an ideal start to day one of the Marathon Classic presented by Owens Corning and O-I. The benign conditions were a welcome change in a season that has experienced everything from heavy rains to a tropical storm to extreme heat. Defending champion In-Kyung Kim was one of four players who took advantage of the morning’s calm conditions, carding a 5-under par, 66 to share the early lead on day one with Yani Tseng, Jacqui Concolino and Katelyn Dambaugh.

“This morning it was really peaceful and quiet. Not much wind out there,” Kim said after her round.  “I just know that this course, you can make some birdies and if you play smart and make enough pars here and there that you can go low. So, it was a fun round.”

Kim started her day on the back nine where she made five birdies over a six-hole stretch. Her only mistake of the day came with a bogey at the par 4, 5th hole but she bounced back with a birdie at the par 4, 9th, her final hole of the day.

“It was really exciting playing the front nine,” Kim said. “I had a good roll, all three birdies in a row. And birdieing the last two par 5s was really fun, and on the back, I hit a lot of good shots and good putts, just the greens can be tricky, and the wind was a little bit swirling, so I think overall it was a good round.” 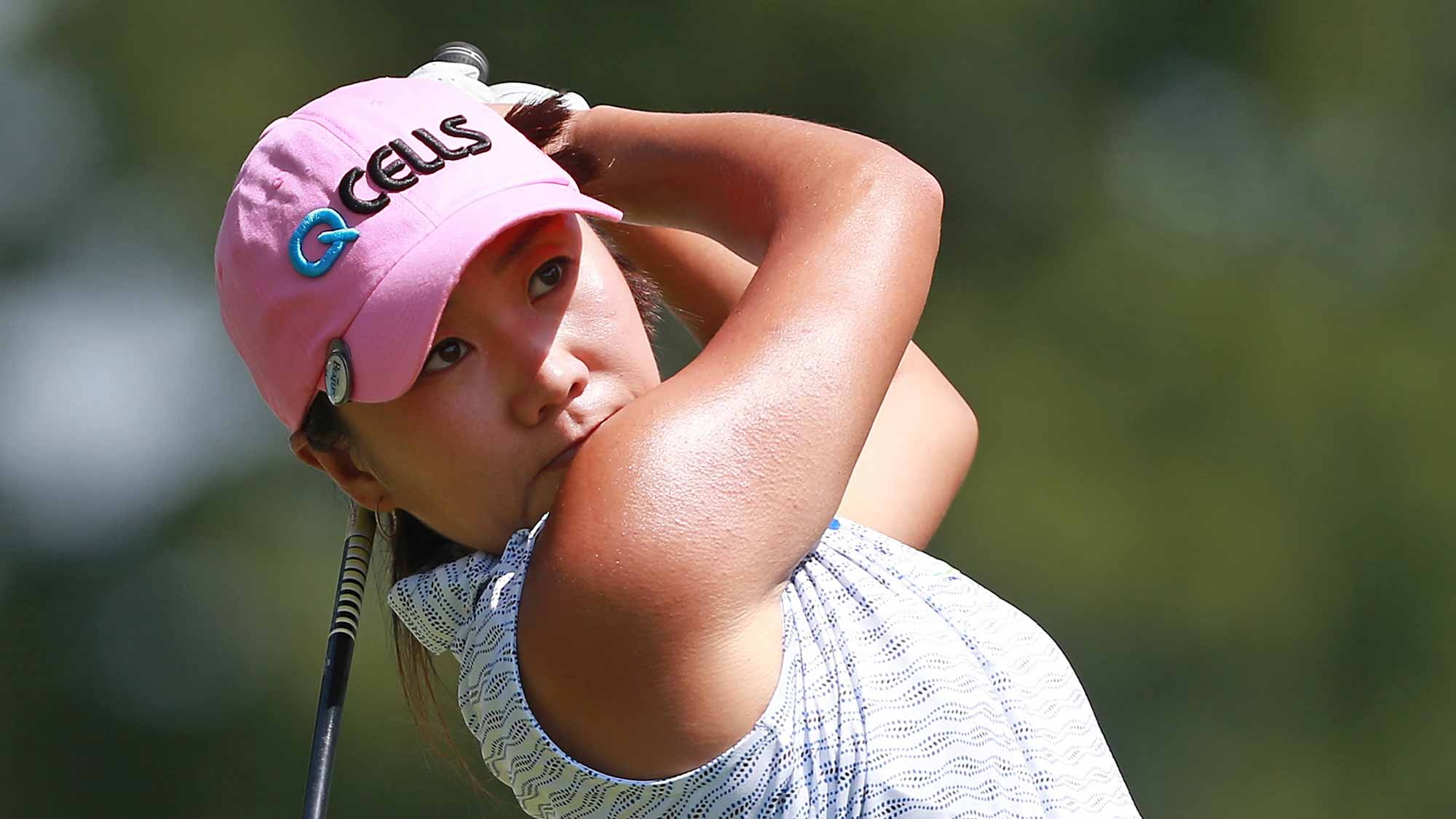 Thursday, Tseng was able to get the ball rolling, too. Putting has been a challenge in recent years for Tseng, a 15-time winner on the LPGA Tour, whose last victory came in 2012. But the former Rolex Rankings No.1 made it around in 28 putts Thursday to card a bogey-free, 66 for her low round of the year and best round on Tour since Feb. 2017.

“I had a great round today, and I still left some out there,” said Tseng, who missed an eagle opportunity on her final hole of the day. “But still very happy to see under par 5-under and in a good position now.” 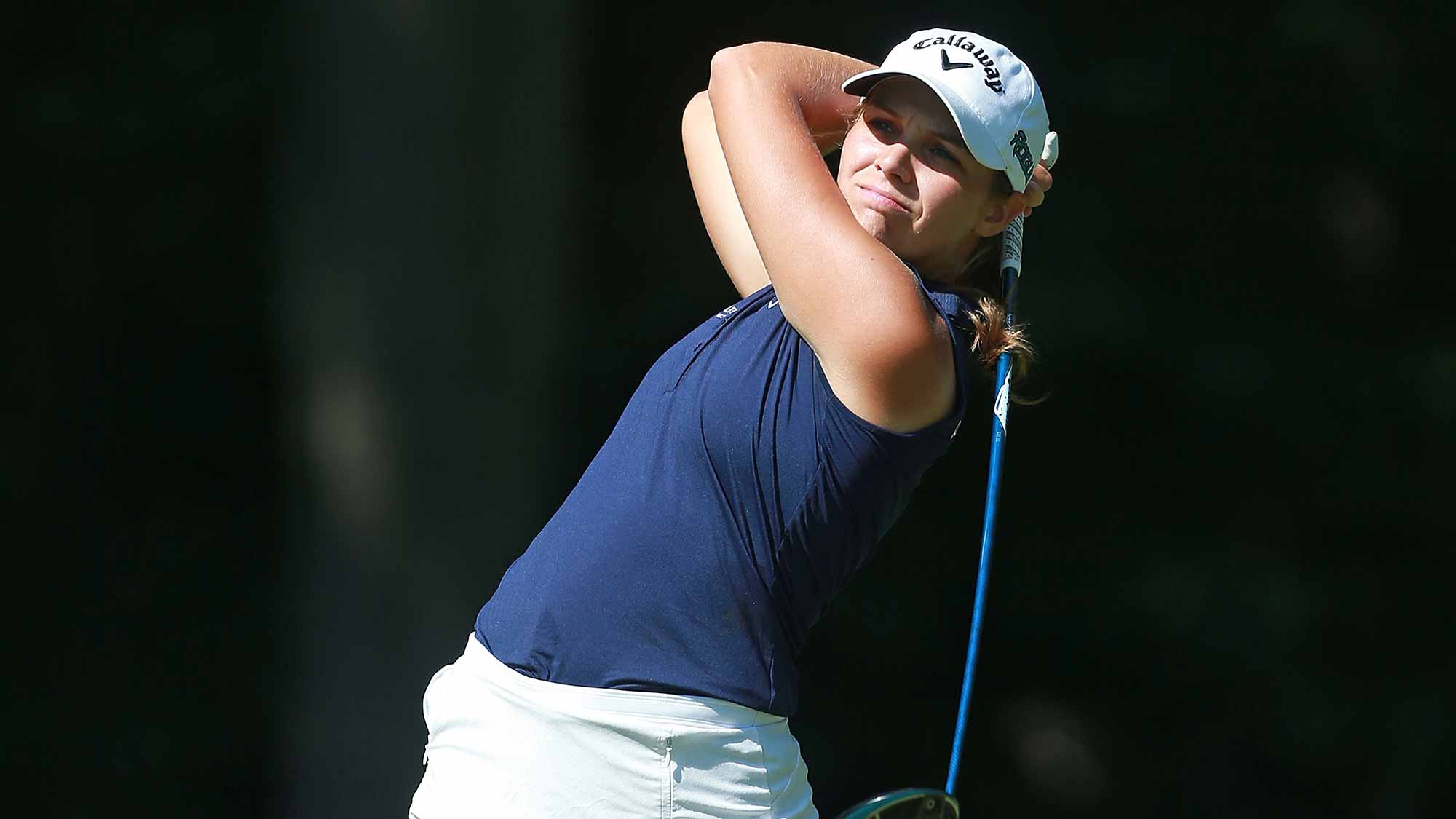 Dambaugh, a rookie in 2018 who finished 10th on the Epson Tour’s money list to earn her card, also recorded her low round of the year with a 66 on Thursday. She made bogey on two of her first five holes, including finding water at the par 4, 1st hole, but she rebounded with four consecutive birdies to make the turn in 32. She added three more birdies on her inward nine to move into a tie at the top.

“I got a little too greedy on my first hole hitting it in the water,” Dambaugh said. “But bounced back nice, and I've been striking the ball really well.”

The rookie has struggled in her first year on Tour to get all the pieces of her game clicking at once. While last week she says her ball-striking was the best it’s been all year, she missed the cut in Wisconsin because she couldn’t get putts to drop. This week in Toledo, Dambaugh sees all aspects of her game coming together. She had 28 putts on Thursday.

“I've been really close all year. I've either been putting really well or ball striking it really well,” said Dambaugh, who ranks 117th in putting average. “Both of those just came together for once today, and I just hope it keeps going.” 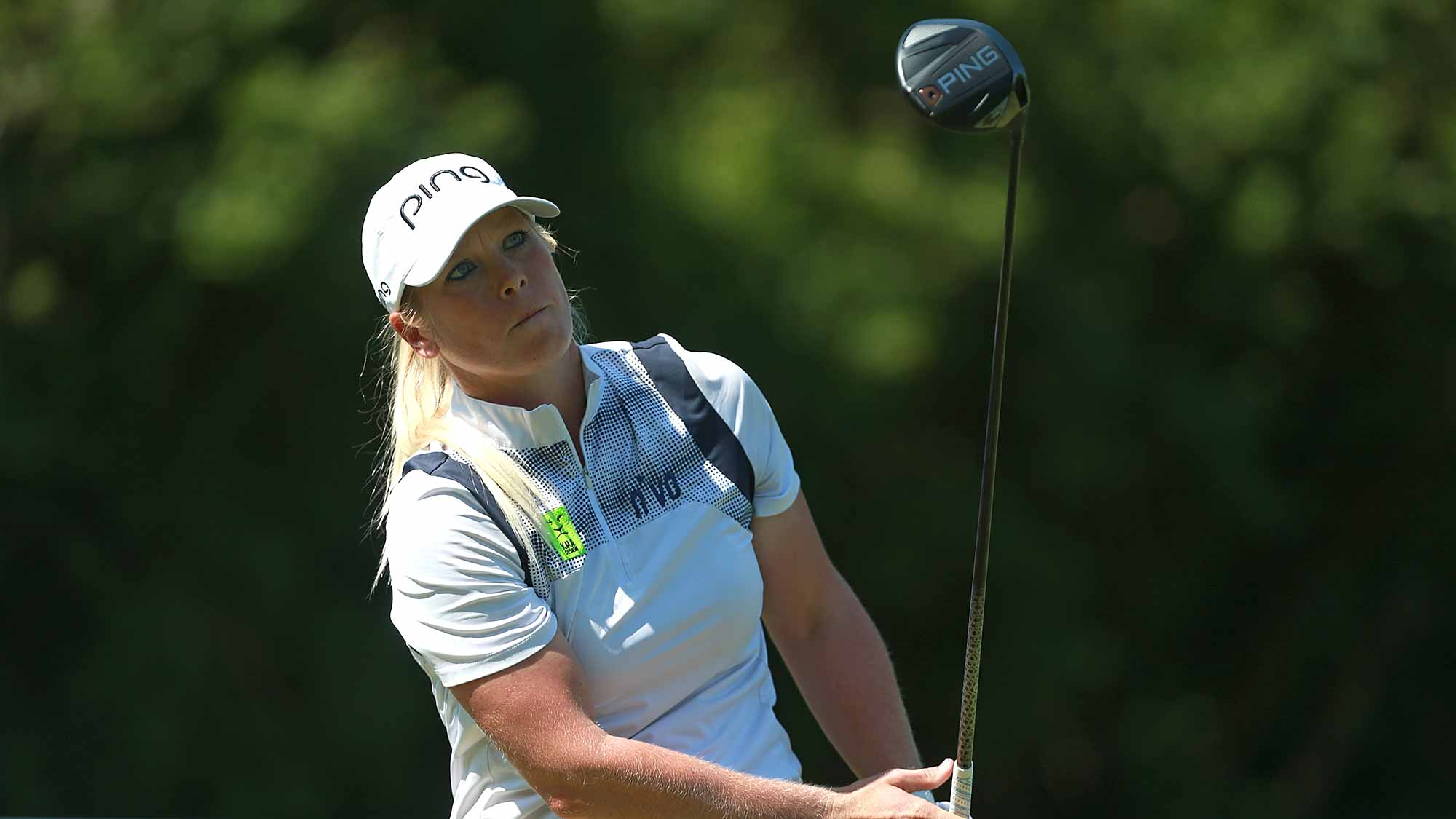 Concolino has found momentum in recent weeks with two top 10s in her last three starts and once again finds herself at the top of the leaderboard with a 66 on day one at Highland Meadows. Concolino, who joined the Tour in 2012, says the work she’s done on her putting, course management and mental game has jumpstarted her season.

“I've been staying a lot more calm on the golf course recently, which has been good for me,” Concolino explained. “I'm just trying to play the best I can, and if it puts me in a good position to win a golf tournament at the end of the week or on the back nine Sunday, then I'm looking forward to the opportunity. I'm playing some good golf recently, and hopefully keep it going.”

A group of eight players trail by one after the morning wave, including 2018 winners Brooke Henderson and Annie Park. Stacy Lewis sits two-back