Ko Climbs to No. 1, Kang Reaches Career-High Rank and More Moves of the Week

With her maiden major victory at the ANA Inspiration, Jin Young Ko ascended to No. 1 in the Rolex Rankings for the first time in her career. Ko didn’t have much work to do since joining the Tour in 2018, already ranked at No. 18 in the world. She’s continued a steady climb between October 2017 and April 2019, in which she won four times on the LPGA Tour. Ko’s final leap came with her victory at Mission Hills, which marked her second win in three weeks, and lifted her from No. 5 to No. 1 in the world.

Ko is the third player to hold the top spot in the Rolex Rankings in 2019. She joins Ariya Jutanugarn, who held the No. 1 position from October 2018 to March 2019, and Sung Hyun Park, who held the ranking for the last five weeks.

The 2018 Louise Suggs Rolex Rookie of the Year also currently sits atop the money list, the Race to the CME Globe standings, the Rolex Player of the Year race, and leads the Tour in scoring average and greens in regulation.

After back-to-back top 10 finishes on Tour, Danielle Kang has climbed to the highest ranking of her career. The two-time winner on Tour followed her runner-up finish at the Kia Classic with a sixth-place finish at the season’s first major, the ANA Inspiration, to climb from No. 16 to No. 13 in the Rolex Rankings, which is the highest ranking of her career. The 2012 rookie made one of her biggest leaps in the rankings following her first major victory at the KPMG Women’s PGA Championship in July 2017, when she jumped to No. 18 in the world. Kang is currently the fourth-ranked American.

Lexi Thompson has long been ranked the top American in the Rolex Rankings. She only recently lost that title to Nelly Korda, who won for the second time in six months when she captured the ISPS Handa Women’s Australian Open in February. But following her third-place finish at the ANA Inspiration, Thompson moved from No. 9 to No. 6, to reclaim her position as the top-ranked American in the world. Thompson has been ranked as high as No. 2 in the world but has never reached the No. 1 spot. She has been ranked inside the top 10 in Rolex Rankings since July 2015. 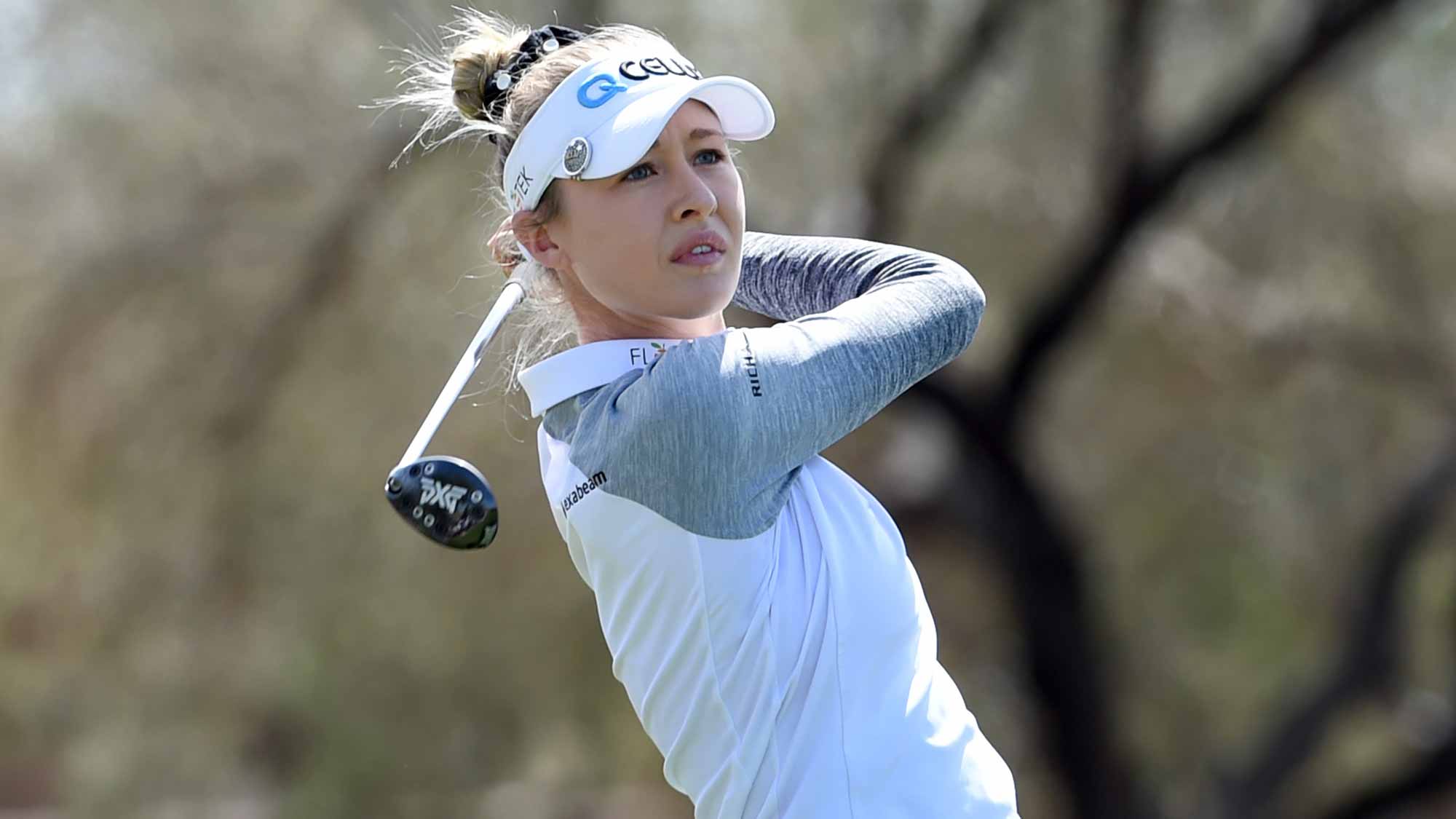 There will likely be quite a few new faces on team U.S.A. this September at the Solheim Cup. Based on the current standings, first timers Nelly Korda, Marina Alex and Megan Khang are ranked inside the top 8 in the point standings and would automatically qualify for Team U.S.A. Korda currently sits atop the standings at No. 1, Alex at No. 6 and Khang at No. 8. The next two to qualify, based on their current Rolex Ranking, are Austin Ernst at No. 33 in the world and Angela Stanford at No. 35. Currently on the outside are Rolex Rankings No. 39 Angel Yin and No. 40 Michelle Wie, who are both prior members of Team U.S.A. They’ll need to make a leap in the standings to have a shot at qualifying or need to rely on a pick from captain Juli Inkster. Click here for the complete current standings. 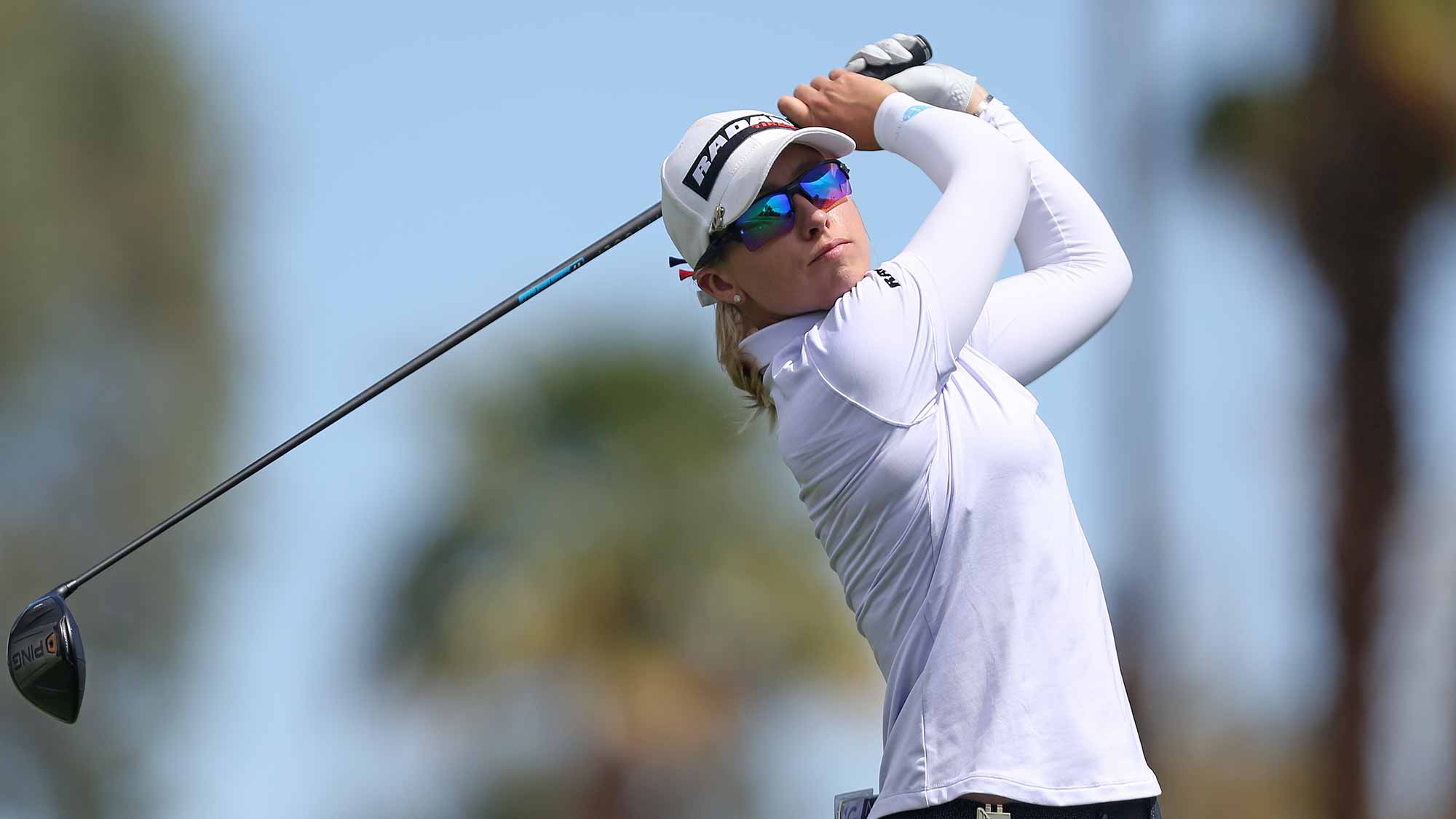 At the ANA Inspiration, Jodi Ewart Shadoff made a critical move towards qualifying for the European Solheim Cup team. Ewart Shadoff’s T39 at the season’s first major, moved her past Pernilla Lindberg, who missed the cut at Mission Hills. Team Europe is comprised of the top 3 in the Solheim Cup standings and the top 5 in the Rolex Rankings, followed by four captain’s picks. Ewart Shadoff moved into the fourth spot in the world ranking qualifiers based on her performance at Mission Hills. The Englishwoman is a two-time member of Team Europe. Click here for the complete current standings.